Alessandra Ambrosio is Getting Ready for the Victoria's Secret Fashion Show

Victoria’s Secret Angel Alessandra Ambrosio gave birth to her second child, Noah Phoenix, in May, and has been getting back in shape ever since so she can walk the catwalk at this year’s Victoria’s Secret fashion show, which tapes next month. “I started working out two months after I had him,” the model told InStyle.com at last night’s third annual amFAR Inspiration Gala in Los Angeles, where she showed off her svelte figure in a Zuhair Murad gown. “I've been trying to work out four times a week, but for the show, I'll be at the gym twice a day [for the] week before.” While she’s there, she likes to mix things up. “I love going to Pilates, I love doing spinning classes, I love doing everything that I do,” she said. “What I don't love is to wake up early to work out.” We second that! The Victoria’s Secret Fashion Show will air on CBS December 4th at 10/9c.

MORE:• Backstage at the Victoria’s Secret Show• The 2012 VS Show Performers Are...• Meet the Victoria's Secret Angels 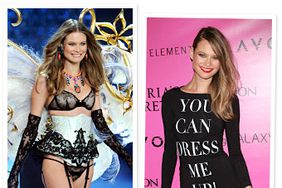 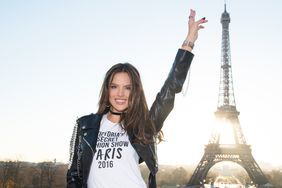