Long before the Dark Knight trilogy, Batman was a 1960s TV phenomenon, and it simply wouldn't have been the same without actor Adam West, who played the iconic role of Bruce Wayne. Today, we remember West and his contributions to both TV and film, as he passed last night at the age of 88.

According to Variety, West died on Friday after battling with leukemia. Though best-known for his time as Batman, West played roles in many movies, as well as doing voice work on popular shows like The Simpsons and Family Guy.

"Our dad always saw himself as The Bright Knight, and aspired to make a positive impact on his fans' lives. He was and always will be our hero," West's family said in a statement, according to Variety.

With such an expansive career over the course of seven decades, West had an impact on the lives and careers of many of today's stars. Celebrities, including actress Jamie Lee Curtis, took to social media to react to news of the actor's passing.

A Complete Ranking of the Best Superhero Hair of All-Time

It's a sad day indeed for superhero fans. Rest in peace, Adam West. 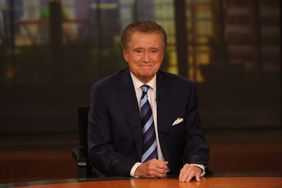 Regis Philbin Has Died at Age 88