Today, Prinsloo took to Instagram to offer the first glimpse at the cutie, and according to the Victoria's Secret model, she's already resembling her dad. "Gio Grace Levine 2/15/18 She’s got her dads toes," she wrote alongside a photo of her newborn's feet crossed on a plush pink baby blanket.

In September 2017, Prinsloo announced her pregnancy with a bikini selfie that showed off her bump. “ROUND 2…..,” she wrote. Throughout her pregnancy, she regularly kept us updated with photos of her bump plus, of course, images of Dusty, who was born September 2016.

In October 2016, Levine first joked about the newness of fatherhood, and how he was gearing up to learn the ropes while raising Dusty Rose. “I like to think that parenting is something that is ... what we were literally put on this Earth to do and everybody is super different," he told Ryan Seacrest on his radio show. "I've been a parent for three weeks, so what do I know? I don't know anything, but it's kind of part of the beauty of it, honestly," he continued. "There are a lot of instincts, a lot of things that kind of kick in and switch on. It's a beautiful experience."

Almost a year later, Prinsloo opened up about how having a child changed the way she loved Levine. "I love Adam, and when you get married and you fall in love with someone, you think that there’s no greater love than that love,” Prinsloo told People. “And then you have a baby, and it’s just next-level love." 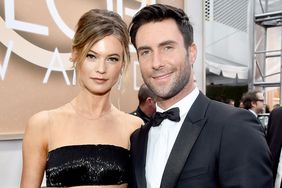 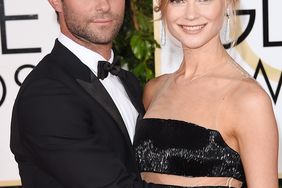 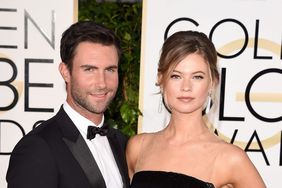 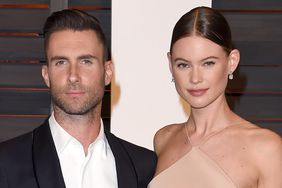 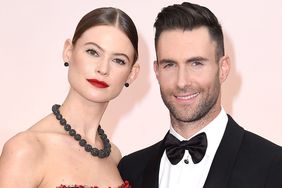 Behati Prinsloo Is About to Pop in Her Latest Pregnancy Instagram