Abigail Breslin is all grown up, and she's giving us a peek at her dark side. Before starring in Fox's upcoming horror-comedy series Scream Queens this fall, Breslin is taking the lead in Tyler Shield's thriller Final Girl, co-starring Wes Bentley, out in limited release this weekend. "It's one of the most unique stories I've heard, and it was the craziest shoot I've ever been a part of," the actress told InStyle. The film follows a charming yet sadistic group of boys who perform nightly killings, but meet their match after linking up with Breslin's character, Veronica. Sound creepy? That's because it is, says Breslin. We asked her to dish on the behind-the-scenes secrets that make the film worth diving into.

The stars did all of their own stunts

"Tyler really trusted all of the actors to deliver the effects that he wanted. He told us to just go for it. There's a scene where I'm just bashing a baseball bat into mailboxes, and I'm not athletically inclined, so it really wasn't my thing. I actually hit myself in the head with the bat, which was pretty funny."

If the cast looks chilly, that's because they were

"Everthing had to be authentic, so for the scenes in the woods when we were supposed to be freezing, we actually did freeze. We shot outside in the cold without jackets. There were times when Tyler and I would bicker about it because I thought that if we had to be cold, he should have to be too!"

Breslin has a mean left hook

"For one scene, I had to punch Wes Bentley. I was having a panic attack because no one wants to punch Wes. But I did! It was really kind of intense. But when I saw the final product, I thought, 'Wow, now I can kind of see why it was worth it.'" 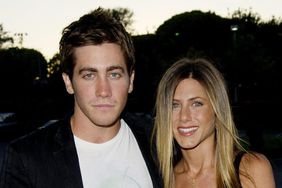