The season finale of The Good Wife airs tonight on CBS! In honor of the show’s ultra-stylish power lawyer Alicia Florrick (played by the incomparable Julianna Margulies), we’re reflecting back on the amazing style choices she’s made all season thanks to the show’s amazing costume designer Daniel Lawson. He’s the one who decked out Mrs. Florrick in Emilio Pucci, Giorgio Armani, Prada, Alexander McQueen, and more—all for the sake of the drama-ridden storylines. “She’s been doing more ensembles this season, which gives a nod to her making partner and making more money,” Lawson explains. “That means looking more put together than previous seasons.” Click through the gallery to review 91 looks seen in The Good Wife’s fourth season, and tune in to CBS tonight at 9/8c to watch the finale.

Plus, see all her looks so far this season! 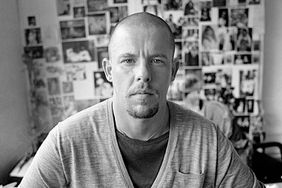