5 Things Even We Didn't Know About InStyle's Own Ariel Foxman

When you work closely with someone—as many of us do here with InStyle’s editor Ariel Foxman—you get to know a person. We’re talking the little things, like how we all take our coffee, what each other’s senses of humor are like, and what shows we love so much we watch it in real time instead of DVR. But reading Ariel’s recent Buzzfeed article about how he broke into the magazine business, we all learned a few things about our leader that we never knew, like how he wasn’t sure his parents would approve of him working in the magazine industry, or how his confidence waned during a tenuous time early in his career. (And now he gets to hang out with the likes of Drew Barrymore, as in the picture at right!) Read the full article here, and below check out the five things from the piece some of his staffers were surprised to learn. And if there’s something you’d like to know about Ariel, mark your calendars for 1 p.m. ET on Monday, Oct. 28, when Ariel will be answering all of your questions during a live Twitterview. Get the details below.

1. At first, he was hesitant to enter the world of magazines, saying he wasn’t sure his parents would approve of publishing as a career choice. “In general, I would say I questioned whether magazines, which [at the time] were disposable and somewhat frivolous, were a serious enough business for somebody who was going to receive a college education at Harvard,” he says. “I studied English and American literature and I just remembered thinking, ‘How am I going to reconcile this with wanting to move to New York and work at a glossy magazine?’”

2. He got hired for his first magazine job thanks to a Prada belt. In advance of an interview with Joe Dolce, the then-editor of the men’s magazine Details, he bought a Prada belt at Barneys that had a buckle like a seat belt (which was “a big thing at the time,” he says). “I went in for the interview, we chatted, he hired me,” Ariel says. “Years later he mentioned to me in a conversation that he hired me because I was wearing a Prada belt and it was like, wow, it worked! And I tell that to people who interview for my assistant. I tell them that story like, ‘I hope you didn’t worry about what you’re wearing because I once went out and bought a designer belt I couldn’t afford.’”

3. There was a time when people wouldn’t hire him. If you’ve ever had a hard time landing a job, you know what a blow to your confidence it can be. Turns out, even accomplished editors like Ariel have experienced this, too. After five years at InStyle—he started off in entry level positions here when the magazine first took off almost 20 years ago—he started to think about what his next step would be. “But when I applied for other jobs, people would say to me, ‘You know, you seem great, InStyle seems great, but you don’t have any features editing experience,’” he recalls. “I thought, ‘This is it, no one’s going to hire me because we don’t run features longer than 800 words.’” Then, he landed a job as editor-in-chief of Cargo at age 29.

4. He didn’t have much fashion experience before he entered this world. Sure, he enjoyed fashion, but “I didn’t go to Parsons, I don’t have a fashion history background, so I had to do a lot of self-learning,” he admits. “I’ve now developed my own expertise, but I didn’t walk on to the stage and pretend to be the authority that I wasn’t. A lot of my education has developed on the job.”

5. One of his favorite things about being back at InStyle now is your letters. (Okay, we weren't so shocked to hear about this one!) “Every morning I’m handed a big red folder of last night’s mail that’s printed out for me,” he says. “It’s the best thing in the world—letters and people sending in ‘inspired by InStyle’ pictures. That is what I love.”

So believe us when we say Ariel Foxman wants to hear from you! And this coming Monday, Oct. 28, is your chance to talk to him. We’re hosting a Twitterview with Ariel at 1 p.m. ET, where he’ll answer whatever you want to know—whether it’s how to break into the magazine industry, what it’s like to sit front row at Fashion Week, or what to wear to a big interview you have coming up. Can’t make that time? Tweet us your question now using hashtag #AskAriel, or leave it in the comments section of this post. Follow @ArielFoxman and @InStyle on Twitter Monday, Oct. 28 at 1 p.m. ET to participate in the Twitterview, and make sure to use #AskAriel as you follow along. Ariel looks forward to hearing from you! 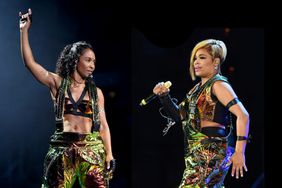 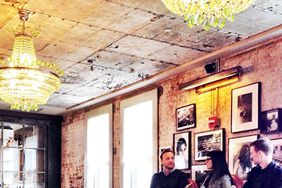 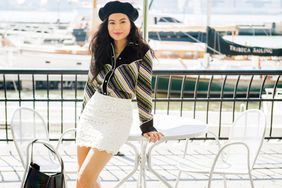