The 60th annual Grammy Awards ceremony is just weeks away, and we’ve found ourselves obsessed with all things pertaining to the hotly anticipated show. Need a refresher on the year in acclaimed music? Read on below for all the details we have on the upcoming awards show.

The first round of Grammys performers was released in early January and includes 2018 nominees Lady Gaga, Pink, Little Big Town, and Childish Gambino (whose performance will mark his Grammys debut). Patti LuPone is also slated to grace the stage with a rendition of “Don’t Cry for Me Argentina” from Evita, as is Dear Evan Hansen’s Ben Platt, who will perform a piece from West Side Story. See the full confirmed list of performers here.

British actor and personality James Corden will helm the Grammys for the second consecutive year. The musically inclined host started the now iconic “Carpool Karaoke” segment on The Late Late Show when he took over for Craig Ferguson in 2015.

See All the 2018 Grammy Nominations Here

The Time and Place

For the first time in 15 years, the Grammys will be broadcast from N.Y.C. The ceremony will take place on Jan. 28 at Madison Square Garden, and will air on CBS at 7:30 p.m. ET. Learn how you can watch it here.

The 2018 Grammy Awards is scheduled to last three-and-a-half hours, beginning at 7:30 p.m. ET and concluding at 11 p.m ET. However, considering the nature of live TV and awards shows in general, it’s likely that the broadcast will surpass its allotted timeframe. 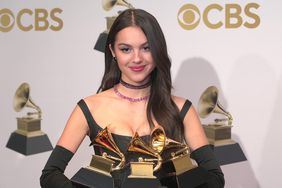