Ciara, Sean "Diddy" Combs and more stars rocked the stage of the Superdome for the last night of the Essence Festival. Take a peek at what went down as the music fest came to a close Sunday night in New Orleans.

Diddy: Sean "Diddy" Combs made his Essence Festival debut Sunday night and got everyone on their feet when he was joined by Bad Boy family members Mase, 112, Faith Evans, and French Montana, and surprise guests Fabolous and Marsha Ambrosius during his Puff Daddy and the Family show. Combs, who rocked an all-black ensemble and a gold chain, performed a medley of hot throwback hits with his crew, including, "Can't Nobody Hold Me Down" and "Been Around the World." Meanwhile, 112 performed "Peaches and Cream" and Faith Evans crooned "You Used to Love Me."

See All of the Best Looks from the 2016 Essence Festival

Ciara: The songstress hit the stage in a white, cropped halter top and white pants and and performed "Promise," dedicating the song to her fiancé, Russell Wilson. "This is for you," she said, before singing the song and writhing her hips during her signature dance moves, according to Essence. "This song is for that special someone in my life." Ciara went on to perform Prince's "Adore" as well.

Andra Day: During her half-hour set, Day kicked off her performance with "Forever Mine" wearing a pink printed suit, hoop earrings and gold slides. She went on to perform "Gold" and "Rise Up," and. Nina Simone's "Mississippi Goddamn" as well.

Kendrick Lamar: The rapper hit the stage with intensity, performing "For Free?" "Wesley's Theory," and "B*tch Don't Kill My Vibe," among other songs. 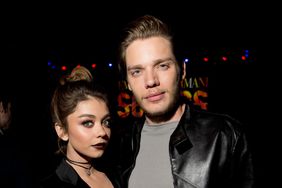