Anna Kendrick may have risen to fame for her potty-mouth humor (remember our Twitter chat?), her acting chops, and her musical talent, but we'd be remiss if we didn't call out her incredible, insanely underrated red carpet style, which is as refreshingly unpredictable as her quick wit.

This year alone, the pint-size star has already demonstrated an extensive sartorial range. She kicked off awards season at the 2015 Golden Globes in a sweeping princess-worthy Monique Lhuillier tulle confection embellished with a smattering of ruby jewels. A month later, she did a 180 and strolled the red carpet at the Grammy Awards in a slick Band of Outsiders suit accessorized with nothing else other than jewels.

We chronicled the best of Kendrick's red carpet looks, past and present, that show why her style is just as on-point as her comedic timing. 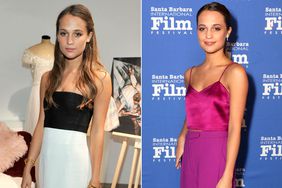