She can buy her own flowers, thank you very much.

Miley Cyrus (queen of super-short rompers and sexy Instagram posts) is letting everyone know that she doesn't need someone else to buy her flowers — she can handle that on her own. The singer is throwing some shade with her latest drop, and there's truly no better revenge than looking good.

Cyrus released her new single "Flowers" on Friday alongside a music video that captures the singer dancing through the Hollywood hills celebrating her independence while wearing a vintage metallic gold Yves Saint Laurent two-piece set consisting of a low-rise maxiskirt and matching hooded crop top. Elsewhere in the video, Cyrus went for a swim and worked out in a luxurious backyard while donning nothing but a black bra and underwear set. Towards the end, she slipped into an oversized black suit with no shirt.

Fans think the new single is a final goodbye to the singer's ex-husband, Liam Hemsworth (the release on his birthday is either a crazy coincidence or totally intentional). One theory making the rounds on the internet is that the song is a response to Bruno Mars's 2012 song "When I Was Your Man." One user tweeted a side-by-side graphic to show the similarities between the chorus lyrics in the two songs.

"Miley cyrus wrote a song as a response to this bruno mars' song which liam once dedicated to her, and she's releasing it on his birthday," the caption read. Neither Mars or Cyrus have confirmed the mirroring between the melody and lyrics, but really, the proof is in the pudding. 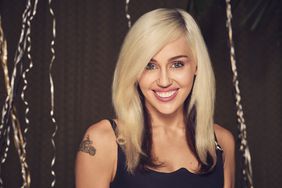 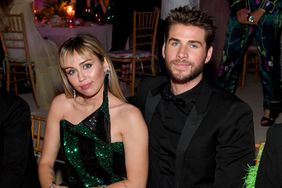 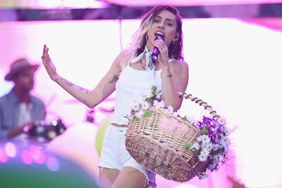