Do your civic duty!

ICYMI, the midterm elections are taking place next week, and there's a lot at stake, from women's reproductive and LGBTQA+ rights to gun policy. Our votes matter now more than ever, so it's important we're all getting out there to do our civic duty on (or before) November 8.

Candidates and other major politicians are spreading the word with campaign ads and social media posts (you can't turn on the TV without seeing a smear commercial these days). But in today's digital era, politicians are turning to TikTok to get their message out there, which makes perfect sense, since the social app is practically a nexus of viral culture.

Famous politicians like Barack Obama and Stacey Abrams have made cameos in TikTok creators' posts, while candidates, like Beto O'Rourke and Tiara Mack, are promoting themselves on the platform. Read on for the best politically fueled TikToks right now, and go vote!

O'Rourke partnered with influencer Nessa Diosdado to grab the attention of young voters. The two danced one at a time to Soulja Boy's "Pretty Boy Swag" while words flashed across the screen that read, "A Texas woman who just wants rights." The camera then cut to O'Rourke doing the same dance move with the words, "A pro-choice governor who is ready to fight for her."

Former President Barack Obama joined creator Mona Swain who mouthed the words "Nobody move, there's blood on the floor," from "Them Changes." Words on the screen read "If I can't convince you to vote ..." At the end of her video, Obama appeared with the inscription, "... Maybe he can! Go vote!"

Abrams, who is running for governor of Georgia, participated in a sketch with comedian Kim Quindlen, where she pretended to be touring a college campus to encourage young people to vote.

Trans activist and influencer Dylan Mulvaney visited the White House to speak with President Joe Biden about the importance of voting, especially to protect trans and LGBTQA+ rights. "I feel very very strongly that you should have every single solitary right including use of your gender identity bathrooms in public," the president said to Mulvaney.

Rhode Island State Senator Tiara Mack posted a "thirst trap" to her TikTok page in order to go viral and get the attention of voters. In one post, she twerked in a bikini before telling the camera, "Vote Senator Mack!" 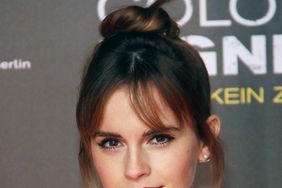 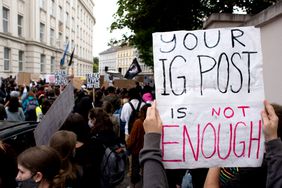 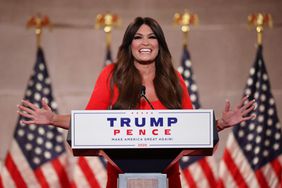 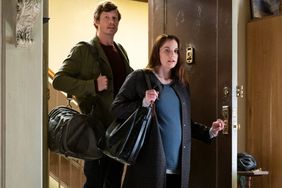 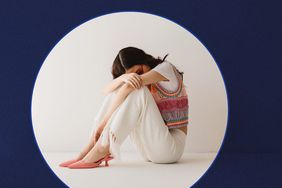 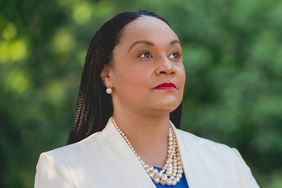