You've never seen a dress over pants like this before.

First lady fashion has never looked like this before. During the San Francisco stop of her book tour, Michelle Obama showed that her post-White House style is just as headline-worthy as all of the shift dresses, inauguration gowns, and belted masterpieces that she wore while she was on duty at 1600 Pennsylvania Ave. While she was promoting The Light We Carry, Obama wore a pair of distressed patchwork Balmain wide-leg jeans (something that certainly wouldn't fly for a state dinner or an audience with visiting dignitaries) and a Marine Serre dress that was transformed into a top. It's not the Y2K pants-under-dress resurgence that we're used to seeing, but it's sure to be much less divisive.

Obama finished the look with a pair of Elizabeth Hooper earrings and Stuart Weitzman booties. She wore her hair in an elaborate updo. Her stylist, Meredith Koop, shared the outfit on her Instagram feed, as well as giving fans a taste of the atmosphere at the event.

The carousel of images also included looks from a few other stops on the book tour. Obama's outfits included a teal suit by Valentino and other posts show the former first lady in Balmain velvet tailoring and a Victoria Beckham bow blouse.

Obama spoke to InStyle about cultivating positivity, whether it's internally or with a larger community. Of course, Obama said that the first step to spreading light is to find it within.

“Share your light. I mean, what is it to have a light if you are not using it to shine on others?" she said. "And it creates a sense of purpose and fulfillment that we all need, that keeps us going." 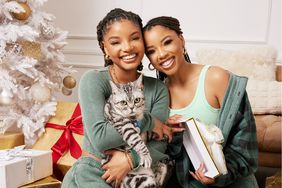 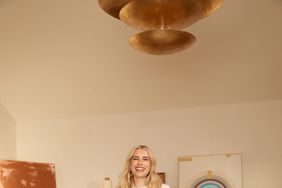 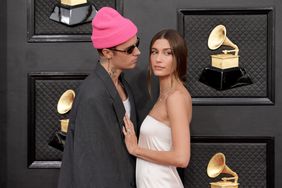