The date night in question being the Robert F. Kennedy Ripple of Hope Award Gala.

Meghan Markle and Prince Harry turned the Robert F. Kennedy Ripple of Hope Award Gala into a "date night" that included 1,500 other people and a prestigious honor. On Tuesday, the Duke and Duchess of Sussex attended the event in New York City, where they received an award for all their work in racial injustice, mental health, and other social causes.

For the event, Markle wore a custom white Louis Vuitton dress with an off-the-shoulder neckline and long sleeves. The bottom half of the frock featured midsection pleats and a slit up the middle of the skirt, and black pointy-toe pumps and gold drop earrings completed the look. Markle kept her glam simple and polished with a slicked-back bun and neutral makeup. Prince Harry looked regal in a navy suit and matching skinny tie.

During the event, Markle got candid about her struggle with mental health telling the audience that at one point during her time as a royal, "I just didn't want to be alive anymore." She previously shared some of her experience during the couple's bombshell Oprah interview in 2021 because she didn't "want anyone to feel alone."

"Ultimately, if you feel like there's someone else that has a lived experience, they've gotten to the other side, and gave example of resilience, an example of there is a happy ending, I think that's what most people are probably seeking out in those moments," Markle said.

Elsewhere during the appearance, Harry brought some humor to the event joking that he thought the evening was just a little "date night" for him and Meghan.

"I'll be honest with you Kerry, I just thought we were just going on a date night so I found it quite weird that we're sharing the room with 1,500 people," he said to a laughing audience. "We don't get out much these days because our kids are so small and young so, this is completely unexpected." 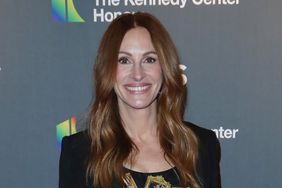