It's no secret that the Duke and Duchess of Sussex, Prince Harry and Meghan Markle, have some unresolved beef with the royal family. Whether you heard it from the tabloids, Markle's podcast Archetypes, or that bombshell Oprah Winfrey interview, we've gotten the Sussexes' side of the story. But now, an undisclosed nickname reportedly given to the husband-and-wife duo by the royal staff is coming to light — and it's actually kind of rude.

Mail on Sunday recently shared an excerpt from author and royal expert Gyles Brandeth's upcoming book, Elizabeth: An Intimate Portrait (out today, Nov. 29), that reveals the less-than-polite moniker used when speaking about the duke and duchess. "Whenever the names of the Duke and Duchess of Sussex come up in court circles, courtiers flinch and change the subject or refer to them as 'persons who live overseas,'" Brandeth writes before adding that if "Harry and Meghan are mentioned to members of the royal family, they simply smile briefly and say ‘we wish them all the best’ and nothing else."

But despite what the firm and current staffers thing, the queen always adored Harry, according to Brandeth. Harry's grandmother, the late Queen Elizabeth II, was "always more concerned for Harry’s well-being than about ‘this television nonsense.'"

Harry and Meghan will have their chance to rebuttal with their upcoming Netflix docuseries, premiering on December 8, as well as the highly-anticipated prince's memoir Spare slated to drop Jan. 10, 2023. 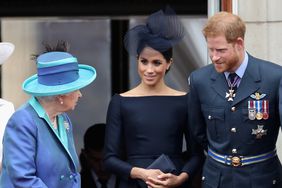 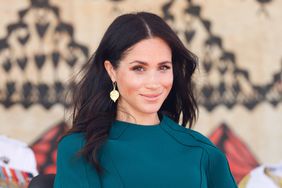 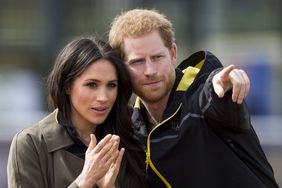 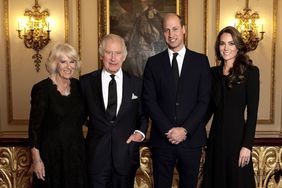