And it's just as sexy.

Megan Fox officially sealed her status as the queen of naked dressing after wearing two lingerie-inspired looks in one night (that has to be a record, no?). First, Megan supported her fiancé Machine Gun Kelly at the GQ Men of the Year party while sporting a black fishnet gown with almost nothing underneath, and then, little did everyone know, she stepped out for a second event that same evening in another risqué look.

For her final stop, Megan attended a cocktail party celebrating the launch of Jean Paul Gaultier on FWRD in a classic JPG design signature. Wearing an updated version of Madonna's iconic cone bra, Megan's white corseted dress by Olivier Rousteing featured a strapless bodice with swirls of draped fabric falling past her hips and a front slit. She capped off the look with baby blue nails, a prom-style updo, and white peep-toe pumps.

"2 events 1 night," she wrote alongside of a slideshow of snapshots of her outfits (plural) on Instagram, adding, "When is it time to just stay in bed and eat gingerbread watching half blood prince ??? 😫🥺."

Megan's schedule has been jam-packed as of late. In addition to red carpet events, Halloween parties, and date nights with MGK, the actress is also reportedly in the process of planning the couple's wedding. “Megan and MGK haven’t set a date yet but they’re secretly planning their wedding," a source recently told Us Weekly. "They’re working on it and also working hard on themselves.” 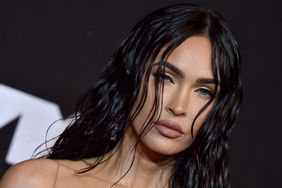 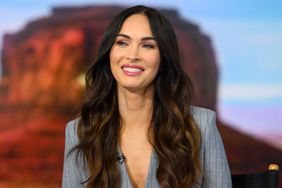 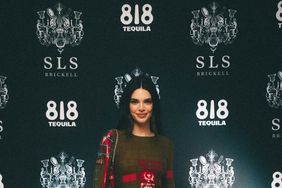 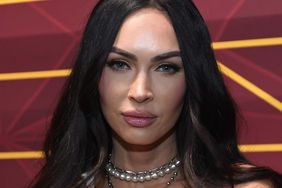 Megan Fox Put a Sexy Spin on the '90s Flannel