Hear me out: 'Love Is Blind' might be on to something.

I’m a sucker for a good reality dating show. And while I do realize that these shows are conjured up purely for entertainment's sake, they’re not without their lessons. The latest season of Love Is Blind, which I watched in two very dramatic sittings, was no exception. Now I’m convinced that pod dating could and maybe even should come into the mainstream.

If you aren’t familiar with LIB, it’s a wild dating concept in which cast members propose marriage before ever seeing one another face-to-face. They embark on a not-so-speed dating crash course, talking extensively with potential matches in pods separated by a thin wall. On these dates, the potential couples hear everything and see nothing. Some make deeply personal connections quickly; others don't. But almost all of them end up saying, at one point or another, that they’ve never been quite so open with a date so quickly. Those that do find a match say they fell genuinely and deeply in love before seeing what their "person" looks like.

Since the show's third season aired earlier this month, two couples are still together (and happily married). There are a few seemingly healthy relationships thanks to the show and, of course, more than a few mismatches (mostly involving men who have no business being on a dating show and who unsuccessfully try to get deep). Overall, the odds are not great, and the sample size from this bizarre and wildly addicting human experiment is probably too small to draw any major conclusions about its effectiveness. However, the odds of finding true love are always slim to none — with or without the pods — and I can’t help but wonder what it might look like if pod dating became a part of modern dating culture.

Fear of Dating Again, aka FODA, Is Very Much a Thing Right Now

Allow me to explain: As a single mom who has been dating for the past five years, I'd give just about anything to start dating from the safety of a pod. A cozy room, potentially with wine and appetizers, where I can open up, chat, and completely focus on who someone is rather than what they look like? Sign me up. Like most people, I’m exhausted by the apps. Staring at five to seven carefully orchestrated photos (one usually involving a fish) and reading the same answers to the same prompts over and over again isn't exactly my idea of a good time. Plus, even when I do match with someone and have great banter over text, the vibes are off when we finally meet in person.

It’s not that I've never met someone I liked (or even loved) on dating apps — I have! But those relationships have never lasted, which probably has something to do with the fact that I have a habit of right-swiping the same type: musicians, nature bros, and more musicians (some of whom have, on occasion, lived with their parents). They’re typically a whole lot of fun and a whole mess of heartache. There have been outliers, but when I try to break the pattern, something feels off. I always fall back into dating my “type” and, as a result, singledom.

I fully own that I'm making the mistakes here (who isn’t?), but Hinge swiping lends itself to a surface-level approach to dating. Not only is it easy (some would say, even incentivized) to swipe away possible matches because they aren’t our “type,” classically good-looking, or full of charisma, but the options are also seemingly endless. It's easy to assume a better (or at least hotter) person is just a swipe away.

It’s terrifying! It’s masochistic! It’s… modern dating. But what is a single, 37-year-old mom with a messy house and a pretty nice butt to do? People just don’t approach each other in real life, and Covid only deepened our unwillingness to chat. It’s like we’ve all almost completely forgotten that finding a partner doesn’t have to be superficial. Compatibility is about shared values, connection, and chemistry, which is why in today's world, the pods don't seem like such a bad idea after all.

Relationship expert, author, and creator of the viral How To Keep Monogamy Hot series, Ashleigh Renard, doesn’t hate the idea of Love Is Blind-style dating and even says she loves the concept of the Netflix hit. Still, she isn’t surprised that most of the relationships from the experiment fail. According to Renard, the show's lack of success has less to do with disappointment in someone's looks, which is often how it’s made to appear by the show, and more to do with personal insecurities.

“We want to be with someone because we're going to feel good about ourselves when we're with them,” she wrote in an email to me. “For so many people, the attractiveness of your partner really influences the way you feel about yourself. In this situation, it's likely that the individual feels insecure about themselves and therefore hopes their partner has some sort of secret sauce that makes them feel complete.”

Renard believes that some cast members are “hoping that another person will complete them,” which, she says, isn’t possible by the way. It's not unlike how people in the real world also search for a sense of total fulfillment in their partner. When it doesn’t come (or doesn’t stay), they may no longer feel attracted. And that has nothing to do with looks, which Renard asserts don’t “guarantee confidence or respect or kindness in any way.” Still, she says that pointing to that rationale as being the sole reason for what went wrong is often the “easy button” and reductive by nature.

The idea that physical attraction is a huge part of relationship success is deeply ingrained in us, the consequences of which have played out on Love Is Blind practically every season. Most memorably, Shake Chatterjee, who became the villain of season two for how disrespectfully he talked about his match, Deepti Vempati. He put his feelings into especially careless, disrespectful words on the season two reunion. “We all have our physical preferences,” Chatterjee claimed in his own defense. “Listen, every woman in here is beautiful. I think you’re all beautiful. I’m not attracted to all of you.” He also dropped the oddly placed bomb that the only woman on the show he was into was the happily married host, Vanessa Lachey, who promptly snapped back. Still, he pressed on, saying, “The point is, it’s not a choice.”

In the most recent season, this "attraction" excuse was raised once again when Bartise, making a run for his season's villain title, repeatedly said he wasn’t as attracted to his partner, Nancy, as he wanted to be. He even told her how he felt about his other top match, Raven. “I loved meeting Raven for the first time. Raven is like the typical girl I would go after in the real world,” he said while they were in bed. "She came down, and she was wearing those tight clothes, and I was like, she's a f***ing smoke show.”

Bartise and Nancy obviously didn’t last, and the lack of attraction seemed to be the “easy button” there to explain why. It's obvious that there were deeper issues at play, like insecurities and self-perception, but Love Is Blind doesn't usually go there. However, two couples from the latest season are still going strong. Next to dating apps, those stats don’t even look bad.

To me, it's clear dating apps are more the issue than blind dating. You don’t have to cry too loud about the terrors of Tinder at a bar for someone to lean over and agree with you and tell you their own horror story. Perhaps we collectively hate them because they’re undeniably superficial, and they don’t often work long-term — at least, not from where I’m sitting. That's why I suggest trying out the Love Is Blind pods ourselves. Then, we’d really get some answers. 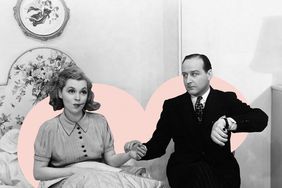 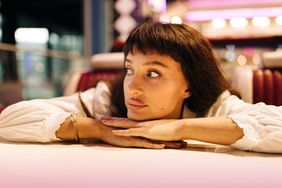