In a game of connect the dots among Hollywood elite, one might be surprised to discover the links between Alexa Demie and Kim Kardashian. After being seated side-by-side in the front row of the Balenciaga FW '22 show that took place last week during Paris Fashion Week, fans uncovered a photo of the two taken 15 years ago — when Demie was just 12 years old.

Fast forward to 2022, and there's one more thing that unites the two stars: a very important handbag. Just one day after the show, Demie was dressed yet again head-to-toe in the presenting designer's creations, however this time, she carried the instantly recognizable Balenciaga Le Cagole bag in bright yellow.

The bag, which was released in the summer of last year, was immediately eaten up by fans who loved its references to Balenciaga's early '00s Motorcycle bag — famously carried at the time by the Olsen twins, among other celebrities — which is now enjoying a second bout of hype thanks to present-day Y2K nostalgia. But it wasn't until the brand wiped its Instagram feed and released a clip of Kim Kardashian holding Demie's exact bright yellow version that the Le Cagole truly reached It-bag status.

Demie is clearly committed to the year's must-have bag, as a review of her recent outfits reveals that she owns not just the neon style Kardashian catapulted into fame, but a black version, too. Other stars including Bella Hadid, Chiara Ferragni, Julia Fox, Lily Aldridge, Kylie Jenner, Dua Lipa, and Olivia Culpo have been seen toting the mini bag as well, in various shades like pink, lilac, metallic blue, and even a rare floral print.

It bears acknowledging that, with a $2,100 starting price, the Le Cagole doesn't come cheap. But looking back at Balenciaga's reference point for the trending bag, the Motorcycle, we wouldn't be surprised if the Le Cagole's reign lasted just as long (if not longer) given the immediate star power it's enjoying. It may not be everyone's idea of light retail therapy, but it'll no doubt prove to be a brilliant investment piece for some.

The bag's playfully fussy details, a heart-shaped mirror tag and various over-the-top colorful and croc-embossed leather options among them, make it an ideal bag to capture our emotions this year. With the pandemic slowly but surely receding, the people have decided: It's time to party. We may not all be able to do so as part of a dream trifecta with Alexa Demie and Kim Kardashian, but we can channel their energy with a certain joyful little bag.

Shop the Balenciaga Le Cagole at Nordstrom below. 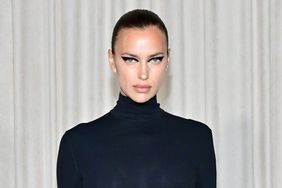 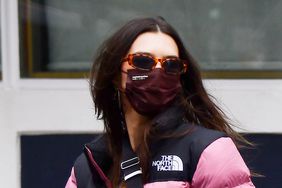 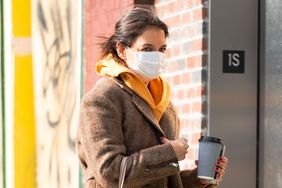 Katie Holmes Debuts What Will Definitely Be the Biggest Bag Trend of 2021, and It's Only $33 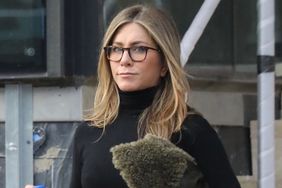