Katie Holmes has known $1,600 sweaters. She's well-acquainted with $5,000 coats. She's more than once opted for sneakers that cost over $800. And these are just some of the clothes she's worn this month.

But! For all of the pricey pieces that a successful career in entertainment affords her, she's not afraid to flaunt the good deals she's found just like the rest of us. On a walk around Lower Manhattan with her boyfriend this weekend, Holmes wore TWO highly versatile, deeply affordable winter wardrobe basics that we're shocked are both still in stock.

Rather than the usual Gucci loafers she's been sporting all week, Holmes wore some chunky Kenova loafers from Vagabond Shoemakers, which cost just $130 on Nordstrom. Like some other savvy fashion sleuths, Holmes knows that a solid pair of chunky loafers or oxfords is just as if not more important for winter as a pair of boots. Knee-highs get a lot of credit during the colder months, but on days when it's not actually rainy or snowy, a low-cut shoe and some thick knit socks can be just as warm and lightyears more convenient to slip in an out of. Holmes's $130 pair is especially handy because it doesn't even require the energy of tying shoelaces.

Her tour of affordable fashion didn't end at her feet, however, as it also included her oversized quilted coat — currently on sale for just $90 at Mango. The shell-like outerwear embodies the best things about duvet coats, from the diamond stitching that traps an impressive amount of heat to the sheer volume that envelops like a hug and can be effortlessly tossed atop even the fattest of sweaters on colder occasions. Holmes's Mango find comes in a universal black and a trendy army green, both now 40 percent off and under $100.

Both of these clever wardrobe pieces are incredulously still in stock, but in limited sizes. The Vagabond loafers are down to just three size options, and the Mango coat includes an eight-day wait on certain sizes in both shades. Shop Holmes's exact affordable pieces below, plus some close matches in the same price range (in case you miss out) below. 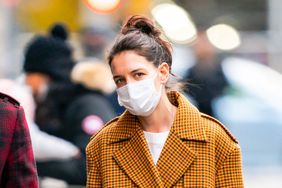 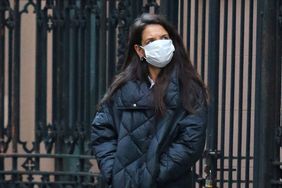 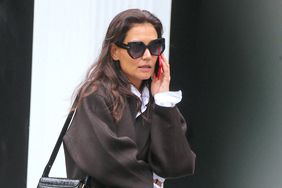 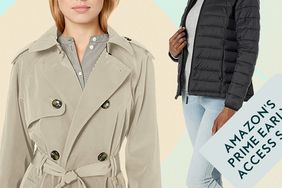 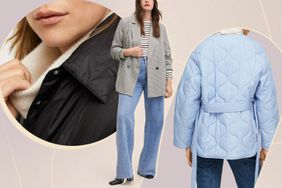 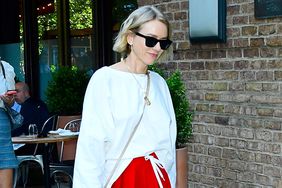 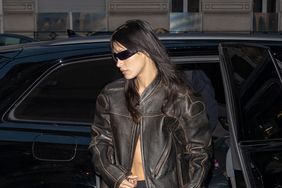 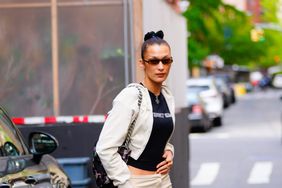 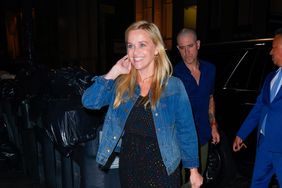 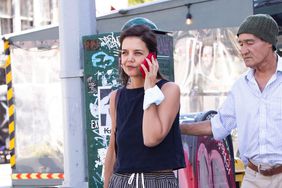 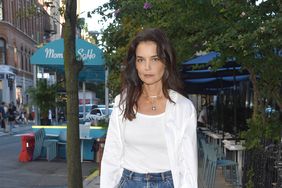 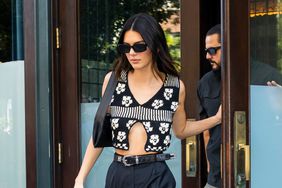 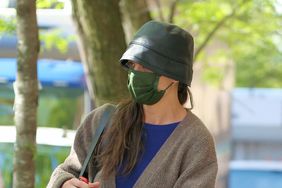