If you think "smart" is the best compliment, you could be sapiosexual.

Gabrielle Kassel is a sex and fitness journalist who writes at the intersection of queerness, sexual health, pleasure, and sports.

If you are a Very Online person, odds are you've heard of sapiosexuality. A term that has been both lauded and revered by different corners of Twitter, sapiosexuality gained extra special attention when Mark Ronson said he resonated with the term in 2019 (before taking it back) and then again in 2020 when a Twitter thread on the topic went semi-viral.

Still, even if you've heard the term, you may not know what it means. That's why we called up gender and sexuality educator Eli A Scriver, founder of Pillowtalk, a queer-inclusive column and radio show. Below, he answers questions you might have including 'what is sapiosexuality' and 'am I sapiosexual?'.

One sapiosexual, for example, might find themselves attracted to doctors because their parents taught them that medical professionals are more innately intelligent than people in other professions. Another sapiosexual may notice attraction to someone only after they've had a philosophical conversation.

The Controversy Around Sapiosexuality

Sapiosexuality is a new(ish) term to the sexuality lexicon — Marriem Webster says that the first recorded use was in 2004, while other sources say it was used a few years earlier in 1998 in a LiveJournal post by a user named wolfieboy. Regardless, for as long as the term has been in circulation, it's been controversial.

The main claim against sapiosexuality is that it is at best pretentious and at worst inherently ableist and classist. "It excludes those with learning disabilities and neurodiversity," explained Jenn M. Jackson Ph.D., an abolitionist, writer, and columnist with Teen Vogue on Twitter. "It [also] privileges traditional markers of intellect like degrees and passport stamps which are often less accessible to poor folx," they say. Considering that sapiosexuality can manifest as a preference for people who read a specific type of literature, or have obtained a certain degree or attended a certain pedigree, this pushback makes sense.

Further, because the term mostly exists in online spaces, even identifying as sapiosexual suggests a level of access to technological resources that not all people have.

How Common Is Sapiosexuality?

"There's not a huge amount of research on sapiosexuality, so our knowledge about things like how many people are sapiosexual is limited," says Scriver. The estimates that do exist, however, vary pretty substantially.

For instance, OkCupid, a dating site that has allowed users to add 'sapiosexual' to their dating profile since 2014, reported in 2017 that 0.5% of their users identify as sapiosexual. Of course, a sample of people who are actively looking for mates — and therefore actively seeking words to describe what they're looking for in their mate — is not representative of the entire population.

Meanwhile, a 2018 study published in the journal Intelligence found anywhere between 1 to 8% of the population could identify as sapiosexual. What's tricky here is that the only criteria for being sapiosexual is self-identifying as sapiosexual.

However, that same study found that at least 90% of people desire a partner who is smart, which suggests that the percentage could be even higher than that. To be clear: Caring if a partner is smart is not the same as being explicitly aroused by intelligence. So how do you know if you're sapiosexual? More on that below.

What Does It Mean to Be Asexual?

1. You connect with this article.

Did you hum and haw reading what sapiosexuality is? Does the definition resonate with you? If so, you may be sapiosexual! As with other identify markers, the only item you need to check off the list to be sapiosexual is the following: "I identify as sapiosexual".

2. You think "smart" is the best compliment.

"Sapiosexuals are most drawn to intelligence," says Scriver. For sapiosexuals, intelligence is far more important than style, sense of humor, integrity, or maturity.

So if the first thing you'd say about your crush is something like, "They're so smart!!" or "I could talk to them for hours about X", you may be sapiosexual!

3. You became attracted to someone after seeing their intelligence.

Quick: Noodle on your history of attraction. Can you think of a time when you felt indifferent or 'meh' about someone until any of the below happened:

"If you've ever noticed a change in how turned on you are by someone after learning about or having an interaction with them that solidified their intelligence, you may be sapiosexual," says Scriver.

4. You've lost interest in someone after noticing a lack of intellect.

On the flipside, because intelligence is the essential ingredient for arousal for sapiosexuals, if you've ever lost interest in someone after having a political, philosophical, or spiritual conversation with them, or reading their work, you may be sapiosexual, too.

5. You've felt compelled to have sex after an intellectual conversation or event.

All of these suggest that, for you, being intellectually stimulated is closely linked to being sexually stimulated, which is common amongst sapiosexuals. 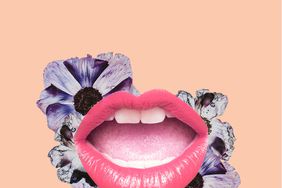