And health experts say it may be an even better time to give up booze than January.

This uptick in celeb-backed alcohol alternatives is all a part of the growing 'sober curious' movement, which has turned abstaining from alcohol into a full-blown wellness trend.

So, what does being sober-curious really mean? Well, according to Ruby Warrington, who penned a book by the same name (she also has a Sober Curious podcast series), it's all about taking stock of your relationship with alcohol and drinking culture in general. For some, this means cutting back on booze, and for others, going completely sober.

For those who want to dip their toe in, month-long challenges like Dry January are a great option. And now, there's even Sober October.

Curious (ha — see what we did there?) to learn more about the rules and the health benefits of nixing alcohol (even if just for a month)? Here's everything you need to know.

What is Sober October?

The origins of the movement have been linked to two groups, starting with the Australian non-profit Life Education, which created the fundraiser ″Ocsober″ in 2010. The actual name ″Sober October" is credited to Macmillan Cancer Support, a UK-based charity that funds emotional and financial support for people with cancer.

Their month-long Sober October challenge was designed both to fundraise (you can sign up to go sober and set up a giving page where friends and family can make donations) and to encourage a healthier lifestyle.

Now, Sober October has now officially hit stateside thanks to social media. Stand-up comedian Joe Rogan, the host of the podcast "The Joe Rogan Experience" has popularized the trend by committing to Sober October for the last few years and challenging listeners to join in. Last year, Rogan partnered with WHOOP, a fitness tracker that measures your heart rate and activity levels, and links you with a community of like-minded people.

Is it the same as Dry January?

While Dry January gets all the uh, buzz, Sober October is arguably an even better time to try out the booze-free lifestyle. While Dry January coincides with New Year's resolutions and 'new year, new you' messaging, October comes with less pressure to lose weight or overhaul your lifestyle. And that may make it easier to follow-through on your goal. (Plus the charity component, if you choose to formally participate, is a nice bonus.)

And despite the fact that Dry January is much more common, the idea of giving up drinking in the fall seems to be catching on. Search "Sober September" and you'll find last month also played host to an alcohol-free challenge. This points to the growing awareness of the overarching purpose behind these challenges: reevaluating your relationship with alcohol and reaping the health benefits of doing so, no matter the season.

Now, onto those health benefits of Sober October...

The Health Benefits of Sober October

It might lower your risk for stroke and certain cancers.

Sorry to break it to you, but despite headlines you may have seen touting the benefits of being a wino, a 2018 study showed that there is no level of alcohol consumption that improves your health. In fact, alcohol takes a serious toll on pretty much every major organ in your body, including your brain, heart, liver, pancreas. Drinking also puts you at a higher risk for stroke, high blood pressure, and even increased risk of certain cancers, according to the National Institute on Alcohol Abuse and Alcoholism.

Luckily, going sober for just one month can have physical health benefits. A 2015 study found participants who stopped drinking over a five-week period saw a reduced risk of liver damage, improved glucose balance, and improved weight loss efforts, according to Medical Daily. A month without alcohol has also been shown to lower cancer-promoting proteins in your blood.

Not only will you feel better in the short term, but the challenge can also help you evaluate your alcohol consumption throughout the rest of the year — and beyond. "Many people don't realize how much alcohol they're drinking," says Nate Favini, M.D., medical lead at Forward, a preventive primary care service. "Sober October is a great opportunity to put that in perspective and see how the alcohol you drink is impacting you."

It can boost your mental and emotional health — and improve your sleep.

The correlation between mental health conditions and alcohol use can become a bit of a chicken-or-egg situation because they often exist together.

Regardless, experts know there is a connection. In fact, a recent study published in the Canadian Medical Association Journal found that adults — especially women — who gave up alcohol saw a boost in their overall mental well-being.

Sober October can also help improve both your sleep and your emotional coping skills. That's because while drinking may help you doze off faster and sleep deeper initially, it interferes with your sleep cycle and deep REM sleep. When you can't get the restful sleep you need and wake up feeling tired, this can impact your overall mood and functioning, O'Neill explains.

Plus, many people use alcohol (and other substances) in order to ease social anxiety, which can actually hinder your natural ability to self-regulate difficult emotions, like anxiety and sadness, O'Neill explains. By taking a break from alcohol, it encourages you to find other ways to cope.

"[Sober October] is a great invitation to focus on other self-care skills,″ O'Neill says. For example, instead of having a glass of wine after a stressful workday, try taking a stress-relieving long walk outside instead, she suggests.

It can increase your skin's hydration and help with anti-aging.

Most women will say cutting out booze has come with some skin and weight-loss benefits. (Even if it's not the reason you do Sober October in the first place, it's certainly a bonus!)

You may notice your skin feels the opposite of glowy after a night of drinking, and there's a reason why. ″Alcohol also has several negative effects on the skin,″ says Joshua Zeichner, M.D., the director of cosmetic and clinical research in dermatology at Mount Sinai Hospital in New York City. Not only does alcohol dehydrate the skin, but ″it has been shown to lower antioxidant stores in the skin, increasing your risk for free radical damage," he explains.

The good news? Cutting alcohol will help boost your skin's hydration and collagen production, leading to an overall more "radiant and supple" appearance, Dr. Zeichner explains. (Of course, better skin over the long haul would mean cutting back on alcohol even after the one-month challenge!)

It can help with weight loss.

Weight-loss is another added perk if you're looking to shift the number on the scale. In a recent study published in the journal Obesity, researchers found that people who decreased or eliminated calories from alcohol experienced greater weight loss (not surprising considering alcoholic beverages are a top contributor of calories in Americans' diets). But it's not just a calorie-for-calorie thing when it comes to alcohol. According to the National Institute on Alcohol Abuse and Alcoholism, when alcohol is traded for carbohydrates, people tend to lose more weight, indicating that the body processes calories from alcohol differently.

Who shouldn't do Sober October?

If you are struggling with alcohol addiction, then Sober October isn't for you.

"For people with true dependence, stopping alcohol suddenly can precipitate withdrawal, which can be dangerous," Dr. Favini says, adding that shakiness, agitation, restlessness, or even confusion when you stop drinking are all signs you should seek medical attention.

Consult with your healthcare provider about the best treatment plan for you, including inpatient and outpatient rehabilitation programs. You can also call the National Alliance on Mental Illness helpline at 1-800-950-NAMI or text "HELP" to 741741. 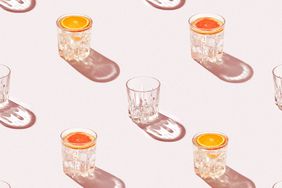 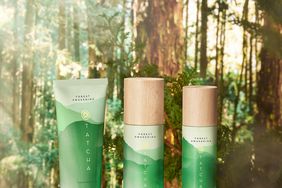 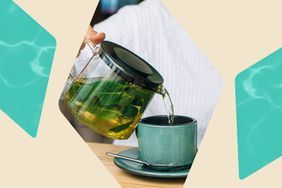 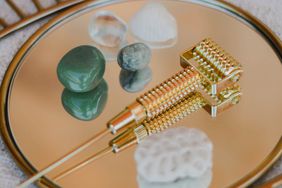 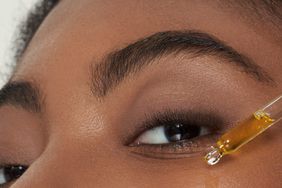