Here's what you need to know before getting back to regularly scheduled programming.

One minute, you're having seriously steamy sex — and the next, you're at the doctor's office. Having to treat any infection can take a toll on your dating and love life, and urinary tract infections (UTIs) are no exception. Up to 60% of women have experienced a UTI at one time in their lives. The bacterial infection, which involves symptoms like a persistent urge to urinate, burning, and even pelvic pain, seems like an obvious sexual buzzkill. But whether your symptoms are mild or you've seen your doc and are on the road to recovery, you might be wondering if you can have sex with a UTI.

Here's how to juggle treatment of this all too common infection and your sex life, according to experts.

What Causes a UTI In the First Place?

Proud owners of female anatomy are especially susceptible to infections of the bladder (cystitis) or the urethra (urethritis) — both of which are types of UTIs. "The bladder and its tubing, called the urethra, sit directly along the length of the vagina," explains ob-gyn Sherry Ross, M.D., author of she-ology and co-founder of URJA Intimates skincare. "Urine exits the body through this very short tube. The opening of the urethra is a tiny hole right above the entrance into the vagina. During vaginal intercourse, bacteria from the vagina and rectum can easily find its way into the urethra and the bladder causing a urinary tract infection."

Other common causes of UTIs include:

UTI symptoms can include:

Most UTIs are referred to as "uncomplicated" by docs, meaning they involve just the bladder and urethra. But "complicated" UTIs can involve the kidneys and can lead tokidney stones, chronic kidney disease, or recurrent UTIs.

Dr. Ross says sometimes it can be tricky to know if you have a UTI since symptoms can be subtle and not typical. That's why, if you suspect you have one, it's best to see your healthcare provider stat.

How to Treat a UTI

When you see your doctor, discuss having a urine analysis and culture. Mary Jane Minkin, M.D., clinical professor in the department of obstetrics, gynecology, and reproductive sciences at the Yale University School of Medicine, explains, "I usually encourage my patients to get a urine culture, because if they fail the prescribed antibiotic, we will then know exactly what organism is causing the infection and can switch."

Once your doctor has confirmed that you have a UTI, you'll be prescribed a three- to seven-day course of antibiotics to clear the bacteria responsible for the symptoms and infection, says Dr. Ross.

If you need relief prior to nabbing that script, she recommends trying AZO Urinary Pain Relief, an over-the-counter remedy for pain, burning, and urgency.

What It Actually Means To Have A "Shallow" Vagina

Sex While Treating a UTI: What You Need to Know

Here's what experts say you need to know if you want to have sex while treating a UTI infection.

Hit the brakes on intercourse until you've fully treated your UTI.

As your symptoms begin to abate, you might feel like you're ready to get it on, but it's best to wait until you've completed your treatment (sorry!), says Dr. Ross. This is because although you might start feeling better, you'll likely still have inflammation and tenderness in the bladder and urethra due to the infection. And if you have sex while battling a partially treated UTI, you might have to contend with worsening symptoms or recurrent infection, either of which might not respond to antibiotics, she explains.

In addition to having completed your course of treatment, consider whether or not you still have pain or burning with urination before having sex, says Dr. Yvonne Bohn, M.D., ob-gyn and Cystex Chief Medical Correspondent. If you're still experiencing symptoms, it's best to hold off until you're feeling totally back to normal.

4 Reasons Your Vagina Is Irritated, and What to Do About It

Focus on this type of sex play.

Shannon Chavez, Psy.D., a psychologist and sex therapist in Los Angeles, agrees that it's best to avoid sexual activities that involve rubbing, friction, and contact with hands, mouth, or genitals near the urethra area, which could further irritate the infection and cause more painful symptoms.

However, she encourages anyone in the midst of UTI treatment to see this as an opportunity to brush up on other, less risky forms of sex play. "Try kissing, sensual touch, and other forms of connection that avoid genital contact," says Chavez.

Although some well-known antibiotics might interfere with birth control pills, the ones commonly used to treat a UTI are not the kind that disrupt birth control, says Dr. Ross. That said, Dr. Minkin adds that it's never a bad idea to use condoms as a back-up while you are taking an antibiotic (...but again, you really should wait to have sex anyway!).

How to Prevent UTIs In the Future

You've probably heard this one before but it warrants repeating: Make a point to urinate after sex to flush out bacteria that could otherwise multiply in the bladder, Dr. Ross says. Then, she recommends making the following smart moves to preempt infection:

Dr. Minkin says you might also consider cranberry extract, as an active component of the fruit called A-type proanthocyanidins (PACs) could help keep bacteria from sticking to the walls of the bladder. She also encourages patients to be conscious of maintaining healthy vaginal flora, which you can do by taking a daily vaginal probiotic with Lactobacillus (like RepHresh Pro-B).

The bottom-line: While it's no fun to see an active sex life get sidelined by a UTI, it's not worth risking an ongoing or recurrent infection by jumping the gun. For that reason, it's best that you fully treat a UTI before diving back between the sheets. 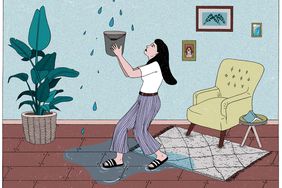 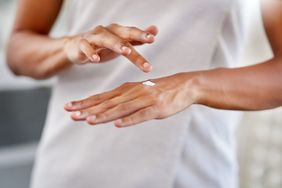