When I stopped viewing my depression as an inherent part of myself — like a character trait — I found a new way to fight it.

Four years ago, after a near-death experience, I had a mental health crisis. It started with panic attacks — so strong that I thought I would die — that were near-constant for months on end. As the acute phase of my panic subsided, it was replaced by a heavy despondency coupled with dissociation. I did not feel real. I did not feel like there was a light at the end of the tunnel — the tunnel was not a tunnel, there were no walls, no road. It was a void so vast that I could not map its contours, could not locate my place within it, much less see a light at the end of it.

This, I was told, was depression.

Following this discovery, I did what so many do when lost — I went to therapy. I saw a psychiatrist. Like 42 million other Americans, I was put on antidepressants. At first, they helped. The panic was quelled, the void, still all around me, at least felt a bit less scary. I didn't know where I was going, but with the help of the drugs, I cared less.

Still, the depression symptoms persisted. I no longer panicked every waking moment, but I felt like I was floating above life, not actually experiencing it. There was less anxiety, but there was also no joy, no hair-raising moments of excitement. I asked myself all the cliché questions: What is the point? The world is so bad, how can anything I do fix it? My pain was central to every decision I made, every interaction I had.

Therapy, Freudian-inspired psychodynamic psychoanalysis specifically, was so slow. Twice weekly I'd leave the office frustrated at how little progress I was making. I wanted a silver bullet, a quick fix. But slowly I learned there would not be one. I was told by friends and Instagram infographics and psychiatrists that depression was an illness like any other — akin to diabetes or cancer. I was told that I'd simply have to learn to live with it — that the silver bullet doesn't exist.

Over the next four years, I came to believe this wasn't true. Sure, there was no quick fix, but there was work to be done beyond a regimented pill schedule. There was a way to light the void, see its walls, illuminate a path, and eventually find a way out. I stopped viewing my depression as an inherent part of myself — like a character trait — and instead saw it as a struggle I had agency over. And this sense of agency, I soon realized, was my key.

When I started to see myself as a perpetrator of my depression as opposed to (solely) a victim of it, I felt more free to own it. And the more I felt ownership over it, the more I saw my depression was kind of selfish, maybe even narcissistic, or at least unhelpful to the world. Reframing my mental state this way helped me see that I could break the cycle, move beyond the void, and towards a new future.

We hesitate to use words like "responsibility" or "blame" when we talk about depression. There is so much stigma around mental health that a diagnosis of depression, or whatever disorder, can often feel like a lifting of a burden. Our guilt is alleviated once we are told that our DSM diagnosis is not our fault, but simply the result of a chemical imbalance. And while the appeal of this logic is undeniable, it also strips us of agency; we have no control to change it. And so, as much as I understood this logic, it also made me feel trapped, hopeless that I could get better.

Through psychoanalysis and many months of self-reflection and exploration (often involving the use of hallucinogens, to be frank), I began to understand that my depression was serving a purpose. In a typically blunt, Freudian way, my therapist asked if I was afraid to orgasm. He meant it not only literally (though with Freudians everything does inevitably lead back to sex), but as a metaphor for my fear of joy, of jubilance, of care-free expression. After I got over the initial offense at the question, it began to help illuminate parts of the void, light little lights on a path that for so long I couldn't see.

How It Feels to Have Imposter Syndrome About a Mental Illness

It was a revelation, the biggest I'd ever had in therapy: Yes, I was afraid of all of those things. Of course I was. Growing up queer, I'd unconsciously internalized that any full expression of myself could be met with reprimand, a revocation of friendship, laughter, ridicule. The near-death experience made me turn inward even more — afraid that any risk I took could lead to something horrible. And even my family history — my grandparents being the only survivors in their families of the Holocaust, and the burden that placed on their children — set me up to feel afraid whenever I felt free or unrestricted. My brain was always saying "careful, careful."

My depression, I realized after months and months in therapy, was not simply a chemical imbalance, but something I was using to help protect me; if I was sad, I was safe. If I was dissociated, I could not be harmed, because I was not real. Once I realized this, I understood the only way out of my depression would be to confront all that scared me, to prove to myself in small increments that I could be joyful, that excitement would not lead to harm or death. And the more I saw my depression as something self-serving, the more I saw it as a kind of foil to the life I wanted to live, an almost-narcissistic pursuit. For a time, it was necessary, but at some point it needed to be traded in for a new paradigm.

Alex Colston, a psychoanalytic researcher, points out that for Freud, narcissism isn't necessarily about being egotistical, but about seeing yourself as the main object of desire. Sometimes this is necessary, a reversal of the usual outward focus of life to figure out what the fuck is going on within you.

"Depression is double-edged, it's at once a place that's so horrifying and a specter of worldlessness and indulgent and narcissistic and seemingly also indicative of a lack of courage, that you've given up on the desire to be," Colston tells me. "And on the other hand, there's a lucidity to it … you realize that your desire is sometimes impossible, that your attachment to people is sometimes impossible, that you can't always realize your fantasies."

In other words, Colston was saying, as terrifying as depression can be, it's also where we can process loss, can figure out what we're missing, and eventually move on.

It is in my depression, in the void, that I found the most generative answers to life. There, the cliched questions – "What's the point?" and so on — could finally be answered. My depression was not random, it was necessary to start over, to find a new path after the one I was on had crumbled. In that way, depression saved me.

To talk of depression in this way, as both a curse, a helper, a protector, and in some ways a compulsion — all of the above at the same time — is controversial because we've become so accustomed to understanding the psychiatric medical model of the brain. But it has its roots in pretty basic psychoanalytic theory. Freud and his ilk believed that neuroses were not simply responses to the world, nor chemical imbalances, but could become places of meaning that we'd return back to over and over again. And that this feeling, this constant return to trauma to search for meaning (what psychoanalysts term the "repetition compulsion") could become almost addictive.

My depression kept me in my trauma, a place I needed to be to figure things out. This made it attractive; it made the depression feel necessary. In a way, it offered a sense of protection. But I couldn't stay in that place forever. At some point, I had to push forward.

Of course, no two people's depressions are the same. What were useful realizations for me may not be for someone else. But every depression deserves to be questioned, its walls and contours and paths outward illuminated by our curiosities and subsequent understandings of how depression hurts and helps us. Without that questioning, without understanding depression as mutable, infinitely complex, harmful and helpful at the same time, we are left stuck, accepting the void as life. 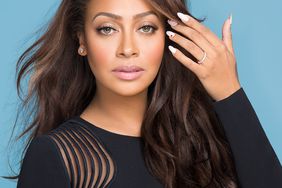 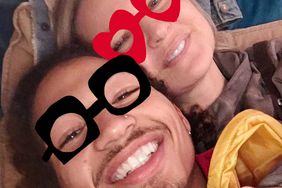 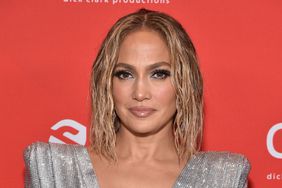