Monica Lewinsky has some stuff she needs to get off her chest.

"We now have this new word bullycide in our lexicon, referring to people who have died by suicide as a result of bullying behavior," she said, speaking to InStyle about the heartbreaking state of social media harassment. "Twenty percent of suicide in teens and young adults are because of bullying. In particular with teenage girls, suicide rates are at an all-time high for the last 40 years."

Yesterday, Lewinsky released agoose bump-inducingPSA for Bullying Prevention Month. To shine a light on just how differently people act online and IRL (or at least how they should), she teamed with ad agency BBDO New York and Dini von Mueffling Communications to create the below video, in which actors bring to life real cyber bullying posts culled from social media.

"You are the weirdest kid in f—cking school," we hear two teens tell a peer on the sidewalk. In another scene, a woman is publicly berated by a stranger in a coffee shop: "You heard what I said. Fat b—tches like you should get over themselves and go on a diet ... I'm traumatized. Get a gym membership." In person, onlookers are horrified and intervene. But on Twitter? These scenarios are just another day.

“The footage captures people who had no idea that they were actors, then stepping in and standing up for people,” Lewisky told People yesterday. The campaign, called #ClickWithCompassion, encourages people to comfort victims of bullying. To that end, it also released a #BeStrong emoji pack, available for download on iTunes.

My own personal memories of being bullied (middle school, ugh) came long before Facebook and Twitter. Girls used their words, passed notes, spread rumors; I would cry in bed and tell my mother what happened, so she could ridicule said bully. “None of this will matter in 20 years,” she would say. “You won’t remember her name!” I love you, mom, but I remember all of their names. Now, kids (and childish adults) don’t have to pass notes and risk a slap on the wrist from a teacher. They don’t even have to work up the guts to say something mean to your face. They can create an anonymous screen name and call you fat. Or they can go by @POTUS.

So, how do you try and "forget their names" when the bully is the leader of the free world? And how can we responsibly preach anti-bullying, especially on the Internet, to our children? I spoke to Lewinsky to ask her this and more.

How did your own personal experiences with bullying inform this campaign?

For me, this was really about wanting to try and find a way to communicate all of the myriad ways that we’re seeing behavior shift from online to offline and examine why that happens, getting people to rethink their online behavior. There were many times throughout the past two decades, particularly in ‘98, when I almost didn’t make it. So I can really relate to how people are feeling today for being exposed or harassed online, even if for different reasons, because of social media. But if what I survived can help someone else, then I’m grateful. That feels impactful.

More specifically, with the messaging with the campaign, I realized that I couldn’t count the number of times over the last many years that people have said so many cruel and truly hateful, awful things to me. But when I sat down and thought about how many times people had been cruel to my face, it was like one hand, maybe two hands. And that was pretty shocking. That might be my own personal experience, but it speaks to the message of what we’re really trying to impart with the PSA and the whole campaign: compassion.

When I was bullied as a teenager, one thing that my parents always said was, "Don’t worry. These people will amount to nothing." So what do we do now that we have the biggest cyberbully out there as our president?

Exactly. It’s true. Well, here’s the thing: We would all love to have a three-step solution to this, but there are actually so many different planes on which this is playing out, so for me, where I’ve really focused, because this is the part that concerns me the most, are the people who are the targets of bullying behavior. They’re the ones who are suffering right now as we’re having this conversation. You experienced that, I’ve experienced that, and I think that until maybe the last few years, there was even more stigma around being bullied. One of the first things we’re doing is destigmatizing what it means to have this experience, and that’s going to translate to more people feeling like they’re able to reach out. Because I think some of the worst things happen when people are suffering in silence.

What are your earliest memories of bullying?

I remember I had some experiences in sixth grade. Some of it came from me being really sensitive, and I remember being on my parents' big bed and them practicing with me how to take a joke, and that they had to do that was really sad.

Your take is that the focus should be on the victims versus the bullies—are there any safe and helpful actions that people can take when they witness bullying?

Yes, there are a lot. From my own experience, I think one of the important messages in this area is that there’s not a one-size-fits-all solution. Sometimes we hear people talking about how you should always stand up to a bully, and that’s not always wise. Fortunately, when children or young adults or even adults can turn to either their parents or a trusted coworker or friend to talk about what’s happening, at that point it’s the best time to decide whom you confront with the issue. Most parents will go to the school. I relied heavily on my friends and family reflecting back to me who my true self was, having that mirror there reminding me that I wasn’t how other people were defining me. And next to that was having a sense of humor. That doesn’t work for everyone. I’ve been blessed with a strong sense of humor, and my friends will often send me funny things if they know I’ve had a sh-tty day because of stuff that’s been in the press.

Do you think being bullied, cyberbullied, all the rest stopped you from accomplishing anything you wanted to?

You know, it’s interesting. I spend an inordinate amount of time and energy trying to focus on what is, in many ways in my life. Are there times where I feel my developmental past would have been different had none of this happened? Of course. But I really try to focus what I can do now with how my life is now.

How do you hope people will react to the #ClickWithCompassion campaign?

There really are three components we’ve been advocating: One is when you’re about to post a comment, just think before you click, and ask yourself, if you were sitting in front of the person face to face, does this pass the face test? Would you still say this to this person? That pause, that mindfulness of really trying to imagine yourself in that situation can help change behaviors.

And the last thing we’re looking at, and this is the one that’s probably most important to me, is to use your click to show support for someone who has been a target of bullying or online harassment, and that’s really where the #BeStrong emojis come into place. They were designed with compassion and support in mind, chosen by 5000 teens. We process images faster than we do text, so the fastest way to help someone feel less alone is to send an image of solidarity, support, and compassion. Confronting a bully can be difficult, and as I said earlier, it’s not even the wisest choice in all cases, but it’s never wrong to support a target of bullying behavior.

I think a lot of people struggle to identify what is or isn't bullying behavior. Is there a way to define it?

Some organizations have been talking about trying to move away from calling people a bully and instead refer to someone who is engaging in bullying behavior, which is a lot longer to say [but] allows room for someone to recognize that they’ve engaged in harmful behavior and create the space for them to change. We see a lot of different definitions. How I’ve always looked at it is that power and humiliation are at the core of bullying behavior, and so it’s about anytime someone is engaging in that kind of behavior where they’re trying to have that power over someone through humiliation.

What was the most gratifying aspect of working on this campaign?

It was incredibly uplifting on the shoot to see the inspiring reactions of the real New Yorkers who overheard the bullying. They were not scripted, and they had no idea they were being filmed by hidden cameras. What really impressed me and heartened me the most, not only just that they stopped to stand up, but almost all of them were able to step in in a way where they didn’t bully the bully. And I think that’s an important message, not only that we can stand up for people and intervene but that we don’t have to match the tone or the kind of behavior of what we’re stepping in to stop. I had just arrived at the moment in the PSA where a guy in a red shirt stopped a guy who was engaging in homophobic bullying, and I had actually taken a phone call across the street and didn’t even know they were filming yet, but saw this huge commotion over it.

Molly Sims on Why We Really Need to Stop Mommy Shaming

For me, the most powerful moment was when a bully calls a Muslim woman a terrorist, and someone else reacts by saying, 'Then I'm a terrorist too.' The expression on the Muslim woman's face—the, 'Oh my god, I can't believe you're here for me'—you can't know that unless you've been a victim of some sort of blame.

Exactly. Everybody has been so connected to this message because we’ve all been touched by it in one way or another, whether it’s ourselves or people who are close to us, and I think we all so desperately want to see a shift in the culture. I hope this PSA and the #ClickWithCompassion campaign not only gets people to rethink their online behavior but reminds us that we have that capacity to be that upstander for someone else, whether it’s someone we know or a stranger. 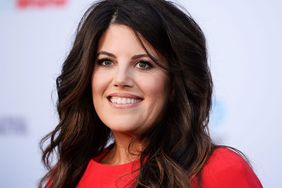