My boyfriend Evan is a big fan of the Irish exit. When he's ready to leave a party, he’ll ask if I’m good to go before grabbing my arm and whisking me out of there, shooting a quick nod to his guy friends along the way. While I cannot pretend to understand the secret codes of men, it seems this is a socially acceptable phenomenon.

The girl world is different. If I make a quick exit, giving a hurried goodbye to my friends, within minutes, I'll receive a flurry of texts reading, "What's wrong??? Are you ok???" I'm expected to do a proper goodbye lap, giving a weak, rushed hug to everyone in attendance.

But while I’m giving my arms an unintentional workout, my boyfriend stands outside of the group, chatting with his friends until I’m ready to go—which is 10 minutes later than I would have liked. While I'm trying to figure out how to make an efficient exit without offending my girlfriends, I couldn't help but wonder ... maybe the guys are on to something.

Evan and I conduct our social lives very differently. He waits to open Snapchats until he has enough un-watched to “justify” opening the app, wholly unconcerned about keeping up streaks. If he doesn’t feel like going out, he doesn’t respond to his friend’s text. They’re still good in the morning, and he didn't have to go through the effort of crafting a text that properly conveys his remorse.

Most important, he doesn’t pretend to be friends with someone he doesn’t like. He doesn’t feign interest in making brunch plans that he’ll never follow up on, or get himself stuck in awkward group conversations at dinner parties. While I’m over here worrying about what people think, my boyfriend is only putting effort into the relationships he cares about, and somehow, people like him more for it.

7 Non-Cheesy Books That Will Help You Strengthen Your Relationship

And so, in the hopes that I could learn something from this wildly different approach, I tried his social strategy on for size. I picked a particularly busy week, and with each confusing text and unwanted invite, I asked Evan what he would do in the same situation and acted accordingly. Here’s what happened.

Why would I ever think that Monday dinner plans were a good idea? In theory, it sounds like a nice thing to look forward to, but honestly, I’d rather be watching TV in my sweats than spending any more time in the real world today. I spent the workday dreading the dinner—it was the one thing standing in between me and my couch time. But my friend kept telling me how excited she was to hang out, and I felt too guilty to cancel. Any other night I would have sucked it up and went, but I remembered that today was the first day of the challenge and decided to shoot Evan a text.

His advice? Explain that you’re exhausted and wouldn’t be fun company, but propose hanging out at her apartment or yours one night later this week. I timidly send the message, and it turns out she was even thinking about bailing, too—those “excited” texts were a way to judge how I was feeling about the situation. Canceled plans FTW.

I’m trudging through my Tuesday when my day is interrupted by a pesky LinkedIn message. Some girl I interned with a few years back wants to grab coffee and catch up, but our offices are nowhere near each other, which means this would have to be an early morning meet-up. As a Type A personality who knows the importance of networking, I would normally reply with a “yes” and a proposal of a time and place. But this week, the idea of waking up any earlier than necessary sounds miserable.

My brilliant boyfriend had the perfect solution: Ask her to text me when she wants to meet up. Now the ball is in her court (no guilty feelings here!) and one week later, she hasn’t texted me yet. Hopefully, when she does, I’ll be feeling a little more rested.

Happy birthday to me! The best things about birthdays are getting to act like a total princess and pretending calories aren’t a thing. The worst things are all the randos who come out of the woodwork to personally wish you a happy birthday over text message even though you only spoke that one time in eighth grade. Because I’m not a heartless monster, I reply to said randos with a polite “thank you!” But when they try to keep the conversation going, I send a brief “help me” text to Evan, who instructs me how to gently end the conversation.

It’s the same technique that guys use when they’re not interested in you, but too nice to just ghost. Evan tells me to answer her questions but not bring anything else to the conversation (i.e. don’t ask questions back). While I still have to answer a few more text messages, the convo ends a lot more quickly than if I had been ending every text with “how about you?” as I usually do.

I grab drinks with my co-workers after work, but mistakenly think that this happy hour is going to last just 60 minutes. I had planned to make dinner with Evan afterward, and two hours later he’s impatiently waiting for me to start the 45-minute journey home. If I were just with my friends, I would somehow find a way to excuse myself, but I feel rude doing it with just a few co-workers. Evan's revolutionary advice? “Tell them the truth.”

After leveling with my co-workers—it's late, I have dinner and a hungry boyfriend waiting for me—everyone else chimes in saying they need to get home as well. Maybe there's something to this truth thing after all.

When the inevitable text comes in from my friends trying to rally the troops, I’m armed with my best plan-deflecting weapon: Evan. He dares me to put my phone away and enjoy our chill evening in. A few hours later when they’re all out being miserable—er, enjoying their Friday—I sent a “sorry” text saying that I was at home and wasn't by my phone. They get the picture.

At the start of the week, I felt a little guilty when taking Evan’s advice. While he really just empowered me to do what I actually wanted to do (instead of what I thought I had to do), I still felt a pang of shame for not following up on plans.

But by the end of the week, I felt relaxed and, honestly, rejuvenated. I finally had gotten a little me-time, and felt ready to jump into my weekend plans without begrudgingly wishing I had some time to relax first. I think this guy might be onto something. 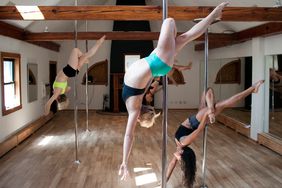 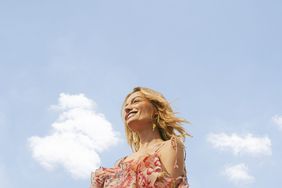