They’re not all as brazen as our former president.

I just introduced my new boyfriend to my friends for the first time and they later told me they thought he was a misogynist. I feel like they are judging him for being a more traditional, conservative guy. I admit that sometimes he can make cringey jokes about women that are not politically correct, but I don't think he hates them... how do I know? —Scared I'm dating a secret misogynist

There are obvious misogynists who are easy to identify. They are violent, blatantly degrading, or cruel towards women. These men reek of hostility towards women. You can spot them a mile away. Their behavior ranges from mean to downright criminal. If this were your boyfriend, you'd probably know it.

But that doesn't mean he isn't one (sorry). It's just that the more subtle garden variety misogynist can be harder to spot.

First thing's first, what is misogyny?

Put simply, misogyny is (typically an unconscious) hatred of women. At its core, it's about controlling and punishing women who violate patriarchal norms and expectations or who aren't serving male interests.

And misogynists, aka people (usually men) who hate women, are complex creatures. In my clinical experience, their anger toward women comes from a rejection they have suffered at the hands of women. This wound often goes back to childhood, with rejection from their own mother being especially common. This is not necessarily from an obvious abandonment — it can arise from an emotionally unavailable mom, verbal abuse, physical abuse, or a mom who doesn't protect him from another person's abuse.

Misogynistic behavior can also come from breakups or rejections in their early relationships that leave a lasting and unresolved wound.

So, how do you identify a misogynist in the wild? Here are 14 signs to look out for:

He views women as objects whose job is to be aesthetically pleasing to men. When they "fail" at this job he is offended by their inability to please his eye. He likes to rate women on a scale of one to ten. He refers to women he finds unattractive in demeaning terms ("she's such a dog"). He will even criticize the looks and bodies of young girls.

He views women as trophies he collects. His self-esteem is dependent on having a nice "arm piece" when he walks into a room. He needs this validation due to his own insecurities. He also likes to rotate women and brag about it. The truth is he is just scared of getting close or developing an emotional dependency so he keeps a rotation going.

3. He has bad relationships with significant women in his life.

He has a bad relationship with his mother, his sister, his grandmother, or other significant women in his life. This alone does not make a man a misogynist but the unresolved feelings that comes with these painful relationships can result in an anger towards women that gets played out in his romantic relationships and general feelings towards the entire gender.

He thinks it is the ultimate compliment for a woman to get his stamp of approval on their looks. His lack of empathy and ability to understand how this might be received as threatening or upsetting shows his complete lack of understanding of women.

The subtle misogynist controls what you wear, the way you do your hair and makeup. This is different than expressing a preference, which is healthy in relationships. This guy will send you back home to change if he doesn't like what you have on. His control extends throughout the relationship into different categories such as (but not limited to) your job, eating habits, clothing, hobbies, friends, and contact with your family. The more isolated you are, the more he can control you.

6. He blames you for his problems.

Because of his unconscious disdain for women, he is always looking to blame women for his problems. If you are dating him, you are likely to be blamed for his own inadequacies and failures (if you just didn't stress him out so much before that job interview, he would have gotten the job!).

7. He has strong ideas about gender roles.

If he has sexist outdated views about what roles women should play in society and the workforce, this is a sign of misogyny. You'll know he's a misogynist if he does not believe in equal pay for equal work and has a bias against women in the workplace.

8. He is uncomfortable with your success.

He believes that men should be in power positions and is uncomfortable with successful women. Even if he doesn't blatantly say it, he is most comfortable when you are earning less money, have less power, and are less successful than him. He finds your success to be threatening.

9. He views women as the enemy.

He believes that women are out to take something from him — his money, his freedom, his sperm. He has been known to refer to women as "gold-digging whores" or express similar degrading insults. He views marriage as a trap for men.

10. He criticizes your body.

This is the oldest misogynistic trick in the book. He criticizes your body in order to make you feel less-than and diminish your power. He may tell you that your boobs are not big enough, your waist should be smaller, your thighs are fat, your nose is too big. He makes you feel bad about how you look and may even suggest plastic surgery. When your body or body parts are singled out and separated from you as a person, you are being viewed as an object whose purpose is to create desire for him. The secondary gain for him is that these criticisms often result in you internalizing these negative views of yourself and then feeling shame and distaste towards your own body.

11. He participates in "locker room talk."

This type of talk, which is not exclusive to actual locker rooms, occurs in groups of men and is characterized by male-dominated humor, prejudice, vulgar and sexist demeaning comments towards women. It typically involves the objectification, dehumanization, sexualization of women and perpetuates ideas of violence and abuse against women. Guys like this blow it off by saying things like "boys will be boys."

12. He is a sexual narcissist.

A sexual narcissist feels entitled to have their sexual needs met. They have a self-centered view of sex and tend to not be skilled at emotional intimacy and therefore are not very interested in their partner's needs. They frequently overestimate their skills in the bedroom because they are not very tuned into their partners, yet they need and expect a lot of praise for their performance in bed. They react poorly to sexual rejection. They expect sex in return for gifts or nice gestures and will pressure you, trick you, or manipulate you into having sex with them.

When a misogynist does actually commit to being in a monogamous relationship, he screws over women by breaking his commitment and has a pattern of cheating. Because he feels entitled to sex with whoever he wants he justifies the cheating by telling you that you weren't meeting his needs, you weren't enough, or some other way of blaming you. The truth is, he's just too scared of getting attached to a woman and losing power.

14. He has a Madonna Whore complex.

This is a psychological concept created by Sigmund Freud. Men who have this complex view women in black and white terms. Either they are saintly and pure like the Madonna or they are dirty, degraded, and the archetype of the whore. Men who struggle with this are unable to have great sex with a woman who they view as "marriage material" (aka the Madonna). On the flip side, they are unable to view women who are adventurous, kiny, or experimental in bed as people they could love for the long term. As a result, they struggle to have sexual and love experiences with the same person.

The Bottom Line On Dating a Misogynist

If it sounds like I'm describing your boyfriend, then your friends were probably right to label him a misogynist. Don't assume that this man will change with love and your magical touch. This is not your guy unless you would like to be submissive, belittled, and disrespected for a lifetime. My advice: Run in the other direction and say a prayer that he gets some good therapy to work through his woman-hating ways. 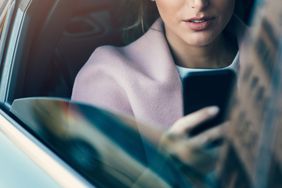 Why Do I Keep Being Sent Unsolicited D*ck Pics?