The hottest days of the year call for a Summer Fling. This week, we're deep-diving into sex, dating, and relationship drama, here.

In the age of WebMD, to Google your symptoms is to open a Pandora’s box, while offline, old wives tales spread questionable narratives about what to expect of our bodies. Without a visit to the doctor’s office, it’s near impossible to get a straightforward answer to the perennial question, “Is this normal??!” This is especially true for sexual and reproductive health issues, given the persistent social taboo around discussing vaginas. So we brought the doctor’s office to you—and according to the healthcare providers we asked, there are a few points of confusion that are near-universally shared.

“A lot of women have questions about their vulva,” specifically about how its appearance compares to others’, says Dr. Rebecca C. Brightman, a professor of obstetrics, gynecology, and reproductive science at Mount Sinai. “They ask, ‘Is my vagina normal?’ but they really mean, ‘Is my vulva normal?’ There’s no such thing as a ‘normal’ vulva. There’s a lot of variation. A lot of women need reassurance about that.”

The most widely believed vulva myth? “That everyone’s has two perfectly symmetrical labia minora,” the inner lips of the vulva. That is not the case, Brightman assures. “Asymmetry is normal, and labia minora come in different shapes and sizes, the way that penises come in different shapes and sizes.” In most cases, Brightman says, insecurities about labia appearance stem from the fact that we don’t have enough real data about the aesthetic variation of women’s lady parts (thanks, porn). Most of her patients who ask this question, she says, are just looking to be armed with that information. “In my practice, reassurance has always been the best thing.”

Patients also tend to ask Brightman about what pubic hair grooming trends she observes, and “the majority of the women I see in their 20s and 30s do some sort of grooming,” she says, adding that hair removal can lead to ingrown hairs, nicks in the skin, and abrasions and irritation. Those, in turn, can make it slightly easier to contract an STI. “There’s something to be said for hair as a buffer,” she says.

VIDEO: Jane Fonda's Sex Years Are Behind Her

2. “Is it normal for one breast to be larger than the other?”

“No two breasts are alike, and I think it’s really important for women to know that,” Brightman says. “Asymmetry is very common, especially in adolescents. It tends to even out with age.” That said, having asymmetrical breasts is different from having a distinct lump. “There’s some thought that doing self-breast exams might create anxiety, but I do encourage my patients to do it because I think it’s important to get to know your breasts and understand what’s normal for you. That way, if you feel anything new, or notice any changes, you can discuss it with your healthcare provider.”

3. “How much pain is normal during my period?”

Dr. Courtney Lim, an OB/GYN at Michigan Medicine, notes that some 90 percent of reproductive-age women experience pain with their periods. “That can be cramping or aching, but sometimes it can be more persistent, accompanied by nausea or diarrhea. There’s a wide range of ‘normal’—and what people perceive as normal may not be.”

Moreover, just because period pain is common, there’s no reason women need to accept it lying down, she says. For mild symptoms, “We recommend first starting with nonsteroidal anti-inflammatory drugs (NSAIDs) like ibuprofen.” But sometimes, she adds, period pain can be so severe that “it impacts a woman’s life and her ability to function normally and go to school or work. If over-the-counter treatments don’t help, then certainly seeing a medical professional is recommended—and you should always be comfortable asking your gynecologist these questions.”

Too many gynecological and reproductive disorders, like endometriosis and polycystic ovary syndrome (PCOS), go undiagnosed because women’s pain is often unreported or dismissed. In a recent survey of nearly 2,500 women experiencing chronic pain, 66 percent said they felt doctors treated their pain differently because of their gender. Find a doctor who takes your complaints seriously. “[Pain] shouldn’t be trivialized, especially if it’s impacting day-to-day life,” says Lim. “It’s important for women to know there are treatments.”

4. “Is it dangerous to take birth control that makes my period disappear?”

“Often, I have people express concern over whether that’s unsafe or whether there’s something inside the uterus that’s building up and supposed to be coming out,” says Dr. Rachel Seay, a professor of gynecology and obstetrics at Johns Hopkins. In a regular menstrual cycle, the uterine lining thickens to prepare to host a fertilized embryo, and if there isn’t one, the lining sheds. There’s a common misconception that, when hormonal birth control is introduced, the lining of the uterus thickens in the same way—but doesn’t get the chance to shed, Seay says. That’s not the case. Rather, “the hormones are keeping the lining of the uterus very thin, which can be helpful for women who want to make their periods lighter, shorter, or disappear altogether.”

In general, Seay says, there’s a lot of misinformation out there about what constitutes a healthy period. “I do a lot of counseling over what a ‘normal’ menstrual cycle looks like, and the variation in terms of length and amount of bleeding. The average adult menstrual cycle lasts 28 to 35 days. Less than half of women have a 28-day cycle, and lot of women are not aware of that.”

5. “How does birth control affect my fertility?”

Dr. Aparna Sridhar, a professor of obstetrics and gynecology at UCLA, is often asked whether taking birth control today can affect a woman’s ability to get pregnant down the line. The intrauterine devices (IUDs) of decades past were sometimes linked to pelvic inflammatory disease, which causes infertility. But with correctly functioning 21st-century contraceptives—whether it’s the pill, the patch, the ring, the IUD, or the implant—discontinuing use allows for almost immediate reestablishment of fertility, says Sridhar. The body usually just needs a few months to reset. Still, Sridhar says, always consult a doctor before starting any hormonal treatments.

Today, human papillomavirus (HPV) is the most prevalent sexually-transmitted infection, affecting 79 million Americans at any given time. Eighty percent of sexually active people will contract it at some point in their lives—so just about every woman who walks into a gyno’s office has questions about it.

“There is no treatment for HPV,” says Dr. Mary Rosser, a professor of obstetrics and gynecology at Columbia University, but you can protect yourself against many—though not all—strains. “The Gardasil 9 vaccine was recently introduced to prevent the nine most potent strains of HPV. It works best before people are sexually active, but even if you give it after exposure, it can still protect against HPV,” she adds. “Some women will say, ‘Well, I’ve already had HPV, so the vaccine won’t do me any good.’ That’s not true, because it’s unlikely that you’ll have all nine of these HPV types we can vaccinate against.”

Both men and women can get HPV and are recommended to get vaccinated. But while the virus can cause symptoms in all sexes, it can only be detected in women. “You cannot test for it in men,” says Rosser.

How can women get tested? By collecting a sampling of cells from the cervix, a test that looks similar to a pap smear, says Dr. Raquel Dardik, a gynecologist at NYU Langone Health. It should performed routinely among women over 30, while younger women should get one following an abnormal pap smear. Another trick the virus plays: “HPV can only be detected in a pap smear if the virus is active. If it has been cleared or is ‘dormant,’ tests will not detect it. The test cannot determine when the virus was acquired,” she adds.

In short, no. “Pap smears”—the tests gynecologists use to collect a sample of cells from the cervix —“screen for cancers and pre-cancers of the cervix,” says Dr. Susann Clifford, an OB/GYN at Duke University School of Medicine. “All women should know that we begin screening at age 21. Then routine screening is every three years until 29, assuming no abnormal studies. Until a few years ago, pap smears were done every year, but the newest guidelines call for less frequent testing.” According to national guidelines, doctors don’t typically perform pap smears on women under 21, even if they’re sexually active.

In their 30s, women receive pap smears and tests for HPV at the same time, and if both tests are normal, they can get tested less frequently, usually every five years until age 65. 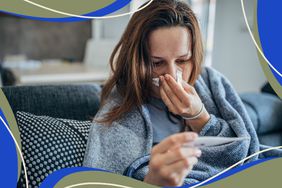 Pregnant or Planning to Be? You Need to Know About This Under-the-Radar Virus

The 10 Types of Boobs — Here's What to Know, According to Ob-Gyns 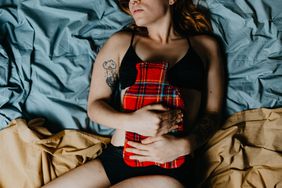