No carbs, long periods of restricted eating, and no sugar? It's extreme, and experts say there are both pros and cons.

By now, you've probably heard of keto, the low-carb, high-fat diet touted by celebs like Kourtney Kardashian. Chances are you've also heard of intermittent fasting, which involves cycling between periods of eating and fasting in order to lose weight. But should you do keto and intermittent fasting at the same time? Here's what Tammy Lakatos Shames and Lyssie Lakatos, both registered dietitian nutritionists and creators of the Nutrition Twins, have to say about combining the two popular diets, as well as how they stack up on their own.

What's the Difference Between Keto and Intermittent Fasting?

Before you delve into how the keto diet and intermittent fasting might work together, the sister duo says it's important to first understand how they work on their own.

"People who are truly following the keto diet — not just cutting carbs but eating less than 50 grams of carbs a day — are eating a diet that is very high in fat and very low in carbs and trying to force their body to break down fat for its main source of energy," Tammy Lakatos Shames says, adding that this creates ketones, rather than using glucose. "So the goal of the keto diet is to achieve ketosis (and stay in ketosis), so the body is using ketones for energy."

Considering the Keto Diet? Here's Everything You Need to Know

Intermittent fasting, on the other hand, involves going without food for a set period of time and then eating during a particular window each day. A popular method is fasting for 16 hours a day and eating in an 8-hour window each day (the 16:8 method); people also use the 5:2 method, which involves five days of normal eating matched with two days that restrict calories.

So How Can They Work Together?

"Since many of the benefits seen in intermittent fasting are also seen in the keto diet (weight loss, metabolic and brain benefits)," Lakatos says, "Fllowing both diets at the same time may provide additional benefits."

For starters, fasting encourages your body to use fat for energy rather than glucose (once it’s used up its glycogen stores) and so does the keto diet, which means "intermittent fasting may help those following the keto diet to achieve ketosis more easily," Lakatos Shames says.

"Research also shows that intermittent fasting increases body fat loss, which could accelerate body fat loss for those on the keto diet," she says. "Other studies have shown that intermittent fasting may help to maintain muscle during weight loss and also be beneficial for energy levels. This may be especially helpful for those following a keto diet who are looking to lose some weight and have better exercise results."

Everything You Need to Know About Intermittent Fasting

There have also been several reported successes with combining the two, including avid keto follower Jenna Jameson, who said in an Instagram post that pairing the keto diet with intermittent fasting upped the results she was already seeing with the diet alone.

"Holy sh*t...excuse my French," she wrote. "But wow. I can now vouch for #intermittentfasting. I haven't weighed this little for over 4 years."

What are the cons?

If you're interested in exploring concurrent keto and intermittent fasting as an option, there are some things to be aware of. Both of these diets are somewhat extreme on their own, and when coupled together need to be approached with the utmost caution.

"Both of these diets on their own are typically difficult to follow, combine them and that adds an extra layer of challenge that may not be ideal for many people," Lakatos says.

You'll want to steer clear of any diet that involves fasting if you have struggled with an eating disorder, she says; the same goes if you are pregnant or breastfeeding.

As for the day-to-day of sticking with a combination of the keto diet and intermittent fasting, Lakatos says it can be tough to make both work.

"Going out to eat and being social can be stressful when you have to stick to a strict regimen, and not eating during times when your friends are or not having options that you can eat can cause additional stress and lack of compliance," she says. "Adding another layer of complexity can make living a normal lifestyle more difficult."

The sisters say that at the end of the day, intermittent fasting and the keto diet, when done properly," can be quite effective on their own for certain people."

"And for some, doing both together can reap additional benefits," they say. "However, for many people, either diet alone is too much for them and the two together will not be a lifestyle that can work for them."

And, like all diets that cause an extreme shift in your food and lifestyle choices, consult your doctor beforehand. 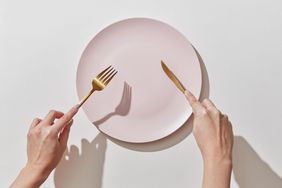 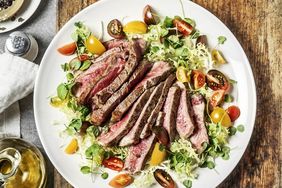 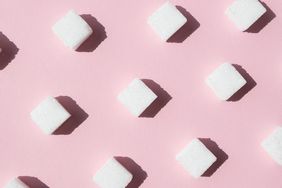 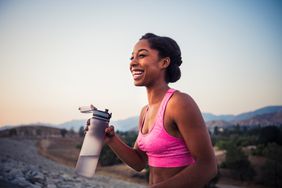