Because my mom is an amazing cook, I used to think delicious home-cooked food just appeared. I thought her hard work would mean I would never succumb to Seamless, so much so that when my boyfriend and I finally moved into our apartment together— with a mattress on the floor and no forks to our name — I refused takeout when he suggested it.

“We’re going to cook in this apartment,” I said while staring at our completely bare kitchen. Not a cooking utensil or appliance in sight. I think at around 11 p.m. that night, he won the fight. Mostly because if he didn’t, we would have starved.

He’s won that same fight multiple times since then because, much to my disappointment, I am neither an amazing cook nor in possession of any of the drive or passion to really become one. I pretty much prioritize everything over grocery shopping and cooking. It’s been two years and we still don’t own a toaster. But still, I constantly suggest that we need to start cooking more, as if I even know how to properly cook an egg. (I don’t.)

When my boyfriend suggested a meal delivery kit, I scoffed. “That’s not really cooking!” I argued. But he was persistent. So persistent that he would put himself in direct line of sight of the relentless — but very friendly — meal delivery kit sign-up people at Union Square Park. But I was more persistent, and we continued to barely scrape together tiny meals throughout the week along with takeout orders.

When quarantine happened, everything was set for me to become the home chef I always thought I was destined to become. I had no plans and unlimited time. And yet still, I didn’t have the energy to follow a long recipe and create something beautiful with the scallions I insisted on growing in a mason jar. So I finally gave in and suggested we order Daily Harvest, mostly because it looked the prettiest and was actually healthy, with frozen, ready-to-heat meals made of fresh ingredients sourced directly from local farms.

Somehow, seemingly overnight, I became a Daily Harvest enthusiast. When the first box came, I was instantly impressed with how easy everything was to store in the freezer. That delivery consisted almost entirely of Harvest Bowls because they’re one of my favorite things to eat, and they each come in a cup that’s around the same size as my morning latte. I typically follow the instructions on the back of the label and heat up the grains and veggie mixture with a little bit of water in a saucepan and top with some fresh avocado for added protein — and voilá, lunch. The options vary from Spinach and Shiitake Grits to Brussel Sprouts and Lime Pad Thai. They all taste delicious without feeling indulgent and leave me satisfied throughout the entire day. The most surprising thing is that I don’t think anyone could ever guess they were originally frozen.

After eating all of the Harvest Bowls, I decided to try Daily Harvest’s smoothies next. I like to work out in the morning, I don’t give myself much time for breakfast, and I had grown accustomed to spending $14 on a smoothie on the go. Daily Harvest, though, makes all the types of smoothies I love at just around $6 a cup, which is way easier to stomach (pun intended). My favorites are easily the Tart Cherry and Raspberry and the Cold Brew and Cacao. I typically add coconut or oat milk when blending them up.

Of course, when I found out Daily Harvest launched flatbreads, I had to order them as well. As a native New Yorker, there is nothing I love more than a good slice. But as someone who is also trying to maintain some muscle while locked inside, I can’t be ordering an entire pizza pie as often as I’d like. Surprisingly, Daily Harvest’s flatbreads taste way more indulgent than they actually are and are easily big enough to eat for dinner with a side salad. If I’m feeling fancy, I will grate some fresh Parm on top.

Though my boyfriend is somewhat smug about my new meal delivery addiction, the thing is, Daily Harvest has ironically made me a better chef. Cooking three meals a day now that we’re stuck inside is incredibly daunting, but with a Daily Harvest smoothie for breakfast and a Harvest Bowl for lunch that each only take a couple minutes to prepare, I feel more motivated to actually try and cook later in the evening.

So instead of panicking about perfecting a sunny-side up egg on fresh avocado toast for breakfast or seamlessly seasoning fish for a poke bowl at lunch, I use Daily Harvest to keep me going during the day and attempt recipes with my boyfriend for dinner. Plus, when my mom called the other night to see how we were doing, I told her about Daily Harvest, and she said she was planning on ordering a box. And if she says it’s okay, I feel entitled to my decision. Even the best chefs need a break sometimes.

Order your first box of Daily Harvest here and use the promo code HELLO30 to save $10 on each of your first three3 boxes; prices starting at $70. 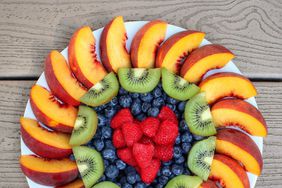 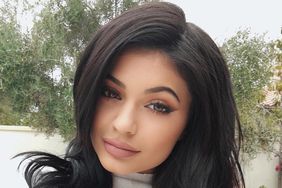