Here's what the Death Positive Movement can teach us about life — and accepting our own mortality.

Rebecca Dancer is a New York-based writer, editor, and content creator specializing in all things beauty and wellness. After graduating from the University of Southern California's Annenberg School for Communication and Journalism, Rebecca moved across the country to pursue an internship at Condé Nast. Since then, she has held positions at various print and digital publications, including Women's Wear Daily, Details, SHAPE, L'Oreal and SELF. In addition to InStyle, her work has also appeared in Allure, ELLE, Harper's Bazaar, TeenVogue, Cosmopolitan, Glamour, Brides, and many more. She also produces branded content in editorial, video, and Instagram-story form for beauty brands both large and small, most notably working with the branded teams at Condé Nast and Hearst.

When you hear the word doula, you probably associate it with childbirth; these trained companions, typically female, have been providing support and care for women during the pregnancy, birthing, and postpartum processes for centuries. But more recently, end-of-life, or so-called "death doulas," are becoming increasingly popular, especially among millennials, in light of the current COVID-19 global pandemic.

Death doulas (also called death midwives) have been around since the early aughts, according to Alua Arthur, an end-of-life doula and founder of Going with Grace, who also happens to be an attorney, adjunct professor, and ordained minister. "It is definitely a new movement, but as long as people have been living, people have been dying and others have been supporting them through it," Arthur explains. "It's as old as humankind itself, but with a new name and new attention."

Akin to how a birthing doula typically provides care, end-of-life doulas aim to bridge the gaps between the medical (AKA physical), emotional, and spiritual facets of death — both for patients and their families.

"Waiting for the birth of a baby and waiting for a person to transition are very similar, as both require the doula to be fearless, patient, and calm," explains Ashley Johnson, an end-of-life doula and founder of Loyal Hands. "We aim to enrich the dying experience for patients, family members, and friends while strengthening the relationship between medical and non-medical support."

This can include anything from physical companionship to the dying, planning funeral services on behalf of a grieving family, helping with household errands, and generally providing emotional support as needed, either in person or virtually. Though they often work with individuals who are terminally ill, end-of-life doulas are also sought out by those looking to plan for their own death, regardless of their current health situation or age. And their services aren't limited to humans — sometimes, they're even enlisted by millennials grieving the anticipated or actual loss of a pet (aka "starter children").

It's important to note that death doulas are not certified medical professionals, and the industry itself does not have one singular credentialing body; rather, there are many different death doula training and certification courses on the market. The National End-of-Life Doula Alliance (NEDA) also provides six guiding principles — including "empowerment" and "non-judgmental care" — which broadly defines the doula model of care.

"Death doulas do not provide health care, but rather work in conjunction with palliative care and hospice using a multidisciplinary and integrated holistic approach," Johnson explains. "For many of us, our lives as death doulas are more of a calling than a profession; it's in our nature to be givers."

Normalizing Death In the Western World

Whatever the case, the overall goal of a death doula remains the same: To normalize the experience of death for all parties involved — because death, just like birth, is a natural (and unavoidable) part of life.

Johnson hopes that her work — and that of other end-of-life doulas — will help people to examine the complexities of death through a more positive lens. Or, at least examine death in the first place, rather than being addressed only after the fact. Johnson has aptly coined this concept the Death Positive Movement, which, in sum, promotes the idea that dying well should be viewed as a fundamental part of living well.

Whatever the case, the overall goal of a death doula remains the same: To normalize the experience of death for all parties involved.

"In many cultures throughout history, mental, spiritual, physical, and emotional support has been a fundamental part of the transition to death," Johnson explains. "Today, especially in Western culture, people tend to avoid discussions and even thinking about death."

Growing up in what she describes as a low socioeconomic neighborhood "that lacked advocacy on how to deal with end-of-life practices" was precisely what inspired Johnson to found Loyal Hands. "When death happened, families were not mentally, emotionally, [or] financially prepared."

Johnson thinks that the current global health crisis has forced people to change this mindset. "COVID-19 is a reminder for all of us that life can change in an instant," she says. "People are being forced to consider their mortality, and the reality is that it could come at any time. Death doulas help navigate the ongoing pandemic by controlling what can be controlled and [helping people] to let go of what cannot."

Another force for change: Millennials. Not only is it largely millennials who are going into this profession — the team of certified doulas at Loyal Hands is made up entirely of millennials — but so are the clients.

Samantha Halpern, a healthy 31-year-old living in Los Angeles, California, is one such example. "When I finally had assets and things that I would leave behind in an untimely death, I decided to request an appointment to create my own end-of-life directive," Halpern explains. "I was mostly motivated by the thought of my family, and what they would have to go through should I die, and [I] wanted to make things easier on them."

Halpern, who worked with Arthur and the team at Going with Grace, says that the experience changed her outlook on life. "Working with a death doula to plan for the end brings with it a certain and special appreciation for the life we're living now."

Maybe millennials as a whole are moving away from the constricts of generations past, such as organized religion and strict political divides, and are open to a more spiritually focused way of life. Maybe our curiosity about death stems from circumstance: Concerns about the environment, insufficient or unaffordable health care, global economic crashes, and viral pandemics. Maybe it has something to do with being the first generation to have increased access to such information — via the internet — during our formative years. Perhaps we're just more anxious about dying in general (can you really blame us?). Likely, it's some amalgam of all of the above.

As a millennial myself — and one who has experienced the loss of an immediate family member — I can say that, in hindsight, consulting with an end-of-life doula around the time of my mother's death certainly would have eased some of the burden, emotionally and logistically. Though we were fortunate to have endless support from friends and other family members, many of the actual end-of-life tasks — writing her obituary, planning the funeral service, boxing up all of her clothes and personal belongings and deciding where they should go — fell onto my sister and me. Without a doubt, it certainly would have been helpful to have another, objective, and well-trained set of hands on board.

"Our culture overall is ready for an overhaul, particularly at our pain points: Birth, death, and access," Arthur argues wholeheartedly. "It is important that this generation and the ones to come are able to navigate the emotional, practical, legal, and spiritual issues while contemplating or nearing the end of life." 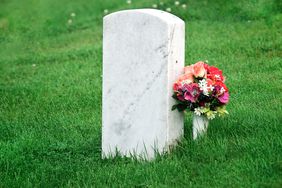 Why Birth Control Cleanses Are So Popular Right Now
I'm a Psychiatrist, and Women Aren't Being Honest About Their Sex Lives