If You Think About It, Botox Is Optimism

Mary, a 26-year-old financial manager in New York City, once had several ways to cope with a hectic week, which, at times, meant working over 100 hours. But just as things got busier during the pandemic, thanks to a super-blurry line between work life and home life that meant pings at all hours, her go-to relief rituals became fewer and fewer. "I used to rely on outlets like Barry's Bootcamp, but with so many places closed, I had to find new ways to manage my stress."

Enter...Botox? Yep, this next part may sound surprising given the needle and all, but for some, the wrinkle-reducer has stepped in for the stress-relieving practices they've given up in the name of social distancing. Doctor's offices, though certainly not guaranteed COVID-free spaces, are arguably among your safest options if you're going to leave the house (the American Academy of Dermatology says most offices are "low risk," but you'll need to assess your personal risk based on your provider and community), and as Mary notes, "Botox became a simple way to feel better and have something to look forward to."

Official 2020 industry reports haven't been released yet, but dermatologists across the country say they're busier than ever, and 49% of people who never had a procedure reported being open to one in the future, according to an American Society of Plastic Surgeons survey conducted during the pandemic. New med-spas, like Peachy Studio in New York City, where Mary goes, even opened their doors for the first time this year.

If You Have Filler, Read This Before Getting the COVID-19 Vaccine — Then Exhale

Beneath the surface of the surge

This trend has largely been attributed to the fact that we spend more time staring at ourselves on video calls — basically, the Zoom effect. And while experts still agree that Zoom and social media are a big part of what we'll call the "Botox boom," psychologists and sociologists say this just scratches the surface.

"When the world around us is chaotic, we try to find control where we can," says Vivian Diller, Ph.D., a psychologist and author of Face It: What Women Really Feel as Their Looks Change. "Sometimes that's with small stuff when we can't control the big stuff, like politics or the pandemic." While smoothing the lines around our eyes definitely falls into the "small stuff" category, you've gotta admit: It's kind of amazing that we can play God in this one aspect of our lives; almost as if Botox gives us the ability to pretend like this mess of a year (and counting) never happened, or at least as far as our crow's feet are concerned.

"This year aged us metaphorically and physically in so many ways, but Botox gives us a sense of control," agrees Dana Berkowitz, Ph.D., associate professor of sociology and women's studies at Louisiana State University, and author of Botox Nation: Changing the Face of America. Berkowitz notes that data from the 2008 recession shows that rates of Botox and filler actually increase during an economic downturn, to the tune of 31% in 2008. "People want to buy things that make them feel good about themselves." And thanks to the specific set of social pressures placed on women, this often translates to appearances, for better or for worse, Berkowitz says. (Women accounted for 92% of cosmetic procedures in 2019, according to the American Society of Plastic Surgeons, and Berkowitz sees no reason this would change because of COVID-19.)

"Our sense of self is so intertwined with how attractive we are," she says. "We feel better when we look better, and we really want to feel better right now." Since we can't quite do that with group fitness, or a spa day, or by wearing a new dress at a friend's wedding, many of us are doubling down on skincare: 40% of skincare users say they apply more product during the pandemic, according to the NPD Group, a consumer research firm.

From a sociological perspective, it's certainly problematic that women still feel unique social pressures to prioritize anti-aging when they're stretched super-thin in almost every aspect of life (at work, at home, in their bank accounts...), and that shouldn't be understated. But depending on your relationship to these procedures, there may also be a silver-lining from a psychological one.

"Any sign that people haven't given up on themselves — physically, emotionally, or interpersonally — is reason for optimism, that there's hope for better times in the future," Diller says. That's because the more you engage in self-care, the better you feel. And the better you feel, the more motivated you are to keep taking care of yourself, she says. "It's a reciprocal process, but feeling or behaving as if we matter improves our mood." Think of it as the opposite of the feeling you get when you work in your PJs all day and forget to brush your teeth.

Now, do you need Botox to capture these good vibes? Of course not. But your recent urge to research the procedure may not be such a bad thing. (FYI: It's always advisable to see a board-certified dermatologist, and make sure yours is following these guidelines if you're considering treatment.)

The power of a plan

The women lining up for appointments tend to agree, though not in so many words: "Botox just makes me feel good, and there's a limited supply of things that do that at the moment," says Sara, 29, New York City. "It became a way of pampering myself when nail salons were closed, and facials still feel a little sketchy to me."

Cosmetic enhancements also come with an excitement factor. A survey of over 2,000 women conducted for InStyle found that first-time Botox users felt nervous and excited before the treatment, then happy, relieved, and hopeful afterward, emotions we're all craving. Indeed, Sarah describes feeling almost giddy waiting for the effects to kick in. "I knew it would be subtle, so I'd take pictures of my face in the morning and evening to make sure I didn't miss the changes."

Similarly, Mary says waiting for the results — which gradually increase in intensity over the course of a week or so — gave her something to look forward to when her calendar was void of all other thrills. Now, she makes a whole night out of her treatment. "I go after the workday, and since you can't lay down for four hours afterward, I order fancy takeout and make my fiancé watch my favorite Netflix shows," she says. She went for the first time at the start of the pandemic and now goes quarterly. "Any routine, including meal plans, scheduled exercise, self-care, and beauty rituals, can bring organization to our otherwise unpredictable lives," Diller says. "Routine reduces the stress of the unknown."

To be clear, there's no reason a predictable routine needs to include an injectable, especially if COVID-19 rates are surging in your area: at-home workouts, a weekly bubble bath, or a standing virtual happy hour with friends can all boost your mood, experts say. But if Zoom and sheet masks are no longer doing it for you a year into this not-so-new world, there's no shame in getting your control — and your kicks — in whatever way makes you feel like you can put your best face forward, however literally. 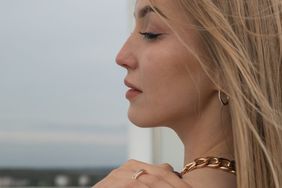 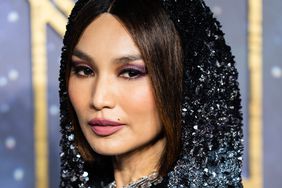 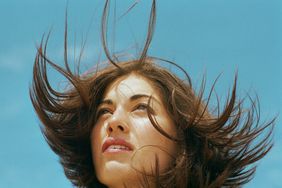 Tessa Thompson Wants You to Wear a Bold Eye and Bright Lipstick
The Second Pandemic: Eating Disorders Are Surging, and They Won't Stop When COVID Does 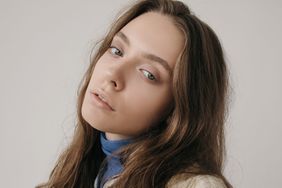 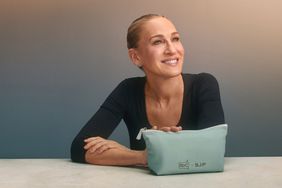 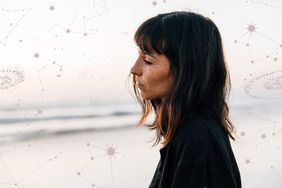