10 Fiction Books to Help You Escape from the Real World

When you need a break from Netflix or the news, turn to these quarantine reads.

Bed, kitchen, table, couch, repeat. As the coronavirus pandemic sweeps the globe, many of us with the privilege of staying home are beginning to settle into a sense of routine and are looking for ways to occupy the time. If you want an escape from the onslaught of news and much of the horror and sadness of the world, or if you're just tired of scrolling through the endless options of television and movies on the ever-growing number of streaming services, what better place to turn to than a book.

Here, 10 of the best fiction books to read in the times of self-isolation. If you're thinking about starting that 2020 Zoom book club, look no further.

If You Read One Book This Month, Make It If I Had Your Face

Casey McQuiston's debut novel tells the story of Alex Claremont-Diaz, first son of the United States, and his rivalry turned romance with Prince Henry of England. This book has everything: love, family drama, royal drama, steamy, sexy love letters, and political intrigue, not to mention a badass female President from Texas. The world that these characters inhabit feels like an idealized version of ours but it's not without its flaws. This book takes you along for the ride as these two young men come to terms with their identities and navigate high expectations. With characters so complex and beautifully well-drawn, once you're swept up in their world you'll never want to leave.

In many ways Rebecca (Bex) Porter is living the study abroad fantasy of everyone in the mid-2000s. A "normal" American girl spends a year in England and falls in love with a prince. But we should know by now royal romance isn't all fancy charity balls and beautiful dresses. Heather Cocks and Jessica Morgan's The Royal We begins on the couples' wedding day and right from the start you know something is amiss. The novel takes you back to when the two first met. As their time in college comes to an end and they are forced to reckon with the "real world" we learn about the friends and foes in their path: twin sisters, parents, and Prince Nicholas' ginger-haired brother Freddie, a bit of a ladies man who has some unmistakable similarities to a pre-Meghan Markle Prince Harry. If you fall in love with The Royal We then you're in luck because the sequel, The Heir Affair, comes out in July.

Meghan Markle and Prince Harry Have Only Been Leaving Their L.A. Home For Charity Work

If you're looking for a total escape from the real world delve into the dystopian fantasy of The Selection series. Described by many fans as The Hunger Games meets The Bachelor, the first three novels tell the story of America Singer, who is given the chance to compete for the heart of Prince Maxon. The competition isn't easy and she's also forced to reconcile with the difficulties of a past love in a society with a complicated caste system. There are five books total in the series, the last two which follow Singer's daughter, so if you're looking to really immerse yourself in an alternate universe look no further. Earlier this month Netflix announced it would be adapting the series into a film.

The Seven Husbands of Evelyn Hugo

Monique is a magazine writer looking for her big break (same). When she's given the opportunity to interview the famous and somewhat reclusive actress Evelyn Hugo she thinks this might be her chance. But why is Evelyn speaking now, and why only to her? Evelyn's story is one of Hollywood glamour in the 1950s, 60s, and, 70s and the not-so-glamorous secrets that lie beneath the expensive dresses and jewels. Much of the book reads like an oral history of Evelyn's life and her many husbands, interspersed with moments from Monique. Throughout most of the book you know there's got to be a twist coming, but it's still gratifying when you get there. More into the music scene than acting? Try Daisy Jones & The Six also from author Taylor Jenkins Reid. The novel is a fictional oral history of a rock band in the 1970s. It's already being adapted for television by Reese Witherspoon's production company Hello Sunshine and will stream on Amazon.

This debut novel from NPR pop culture correspondent Linda Holmes tells the story of Evvie Drake who, after her husband dies, takes in a friend of a friend, MLB player Dean Tenney, to help fill the space in her too-big house in small-town Maine. Dean is going through a crisis of his own. He just can't play anymore. This might seem like a sad premise but the novel is more hopeful then melancholy. It reads like a warm cup of tea (in a public radio mug of course) slowly soothing you. As the characters explore new phases of their lives and work to find contentment with their circumstances you might just find some contentment with yours too.

This thriller is not exactly "light" reading, but it is gripping and relatively quick. For years, everyone thought Rose was seriously ill and she got sympathy from neighbors and strangers — but it turns out it was all her mother Patty's doing. When Patty gets out of prison after five years, her daughter agrees to take her in... and lets just say she has some things planned. If you followed the story of Gypsy Rose Blanchard either in the documentary Mommy Dead and Dearest or in Joey King's The Act, then this book is definitely for you.

Vacuum in the Dark

This novel tells the story of Mona, a 26-year-old house cleaner living in Taos, New Mexico. Through vignettes in the book we learn about Mona's various clients including 'Dark', with whom Mona has a relationship. But, it should be known that Dark is married and he has a past that is well...dark. He's not the only one. Mona herself has a complicated past and childhood trauma to reconcile with. The book is full of wit and humor but doesn't shy away from tackling serious topics.

Bernardine Evaristo's novel is a beautiful telling of the complexities of the Black British experience through the eyes of 12 women of different ages and backgrounds. A winner of the prestigious Man Booker Prize in 2019, the novel is a poignant telling of families, friends and lovers that span years and towns.

This Nora Ephron classic is the semi-biographical account of Ephron's marriage to journalist Carl Bernstein; it tells the story of Rachel, a cookbook writer, who at seven months pregnant discovers her husband is in love with another woman. The novel is both touching and humorous. If you've joined the quarantine baking train you're in luck because the funny and eloquent prose is interspersed with recipes. Another added bonus: If you're an audiobook fan you should know that in 2013 Meryl Streep (who played the role of Rachel in Ephron's 1986 film adaptation) lent her voice to an audiobook version of the novel.

11 Celebrity-Narrated Audiobooks to Soothe You Through These Scary Times

Janelle Brown's novel, published earlier this month, is a thriller made for the modern era. It tells the story of Nina, a grifter who decides to run a con on Vanessa, a high society heiress turned Instagram influencer with whom Nina has a surprising and complicated connection. Told from dueling perspectives, both of these characters will have you at times frustrated and sympathetic. The fast-paced novel is also a reminder that there's more to all of us than meets the eye, or the camera lens can see. What's more, Amazon already is developing an adaptation of the book with Nicole Kidman set to star and produce. 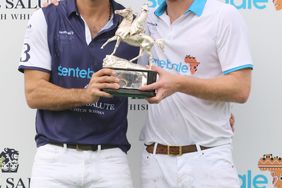 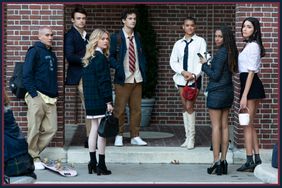 The New 'Gossip Girl' Has a Gen Z Problem 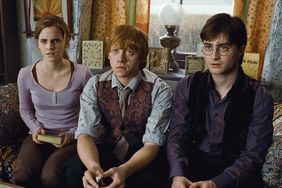 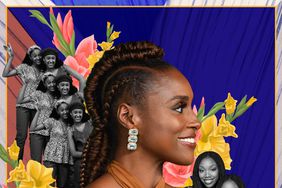