Disruptions in technology and communication, as well as general chaos, always precede and follow the three-week astrological event.

Now more than ever, we rely on our devices and a strong Wifi connection to do just about everything. So, when Mercury retrograde — which tends to throw a wrench in all things technology, communication, and transportation — strikes, we're even more inclined to lose our minds.

Not only does Mercury go retrograde often — three or four times a year for three weeks at a time — but, to make matters worse, there's this: You can feel the effects both before and after. That's because there are two phases — Mercury retroshade and Mercury storm — leading in and out of the official Mercury retrograde period when the messenger planet could spur slowdowns, miscommunication, and glitches galore.

Here's everything you need to know about the Mercury retroshade period and the Mercury storm — and why they don't have to mean feeling defeated at every turn.

What Technically Happens During Mercury Retroshade?

A key thing to know about the planet of communication: It's the fastest moving planet in our solar system — moving around the sun every 88 Earth days, traveling at nearly 112,000 mph — which is why its slowdowns and standstills are felt so acutely. And before it can go retrograde or appear to move backward from our vantage point on Earth, it needs to reduce its speed and pause for a bit. Think of active recovery and rest periods during an interval workout.

Two weeks before a Mercury retrograde officially begins, it slows down, and for two weeks following Mercury direct, it needs to regain its full speed. These periods are referred to as the pre-and post-shadow periods (or retroshade). During the pre-shadow, Mercury will move directly through a certain point in the sky referred to as degrees (e.g., it could be something like 2º Scorpio). During its retrograde, it'll move back through those degrees and then back through that spot once it's on its road to full-speed recovery after the retrograde ends.

What to Know About the Pre-Shadow

As Mercury moves ahead and through the degrees, it will return, and you could begin to get a bit of a preview of what's to come during the actual retrograde phase. This is when technical glitches, slowdowns, and miscommunications start to crop up. (For instance, that e-mail to your boss may get lost in the ether, or your partner may misunderstand a benign text.) You may also receive clues about the emotional work ahead during the retrograde. For example, maybe you'll find an old journal while cleaning your apartment that prompts you to reflect on patterns in your past relationships.

Whatever it is, pay attention to how you cope, as a similar, and even more significant, the challenge might be around the corner.

What to Know About the Post-Shadow

Mercury going direct (or ending its retrograde phase) doesn't necessarily translate to fewer headaches. That's because after we celebrate Mercury going direct, the retroshade period lingers for another two-ish weeks. Typical retrograde communication breakdowns and device mishaps are still likely, as Mercury is still working its way up to its full speed. This can also function as a post-retrograde cleanup phase, during which you can reflect on whatever came up for you during the official transit and continue to tie up loose ends.

New to Astrology? Here's How to Unpack Your Birth Chart

Is Retroshade as Bad as Retrograde?

Given how frequently these transits occur, astrologers wouldn't suggest you treat the shadows like the retrograde itself. In other words, feel free to push forward on travel, crucial communication, making an expensive electronic purchase, or getting all the details right on an important contract — while perhaps being slightly more vigilant than usual.

Another reason not to give in to the hype and fearmongering about the phase: It's a relatively new concept, first explored in the 1980s, that modern astrologers acknowledge, but historically, astrologers weren't worried about in the least, explains a senior astrologer of Astrology.com, Narayana Montúfar.

"If we look at the most ancient astrological texts, there is no trace of this concept," she says. "The truth is that ancient astrologers not only viewed Mercury retrograde as a magical and transformational transit, but they also used it to their advantage, and no, they did not fear the so-called 'pre-shadow' and 'post-shadow' periods."

What Is the Mercury Retrograde Storm?

It's entirely possible you won't feel the Mercury retroshades but you will feel another pre- and post-phase, referred to as the Mercury retrograde storm. The storm is the result of the fastest-moving planet slowing down significantly, almost to a standstill, right around the time it turns retrograde and then when it turns direct. During these periods, slowdowns, delays, and miscommunications start to rear their ugly head a bit more apparent.

But what's true for every significant astrological aspect is true here, as well: The day you'll feel the effects of Mercury's backward turn the most will be the day it goes retrograde or direct. 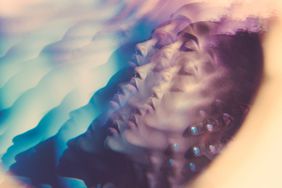 What Is Mars Retrograde Anyway?