Your Guide to the 7 Chakras — and How to Know If Yours Are Depleted, According to Experts

"When we experience grief and loss and prolonged fear as most of us have during the pandemic, triggering fight or flight, our chakras shut down."

Whether you've heard them referenced by your yoga teacher or referred to while shopping for crystals, discussion of chakras has become more mainstream in recent years.

In Sanskrit, the word "chakra" actually translates to "wheel" or "disk." There are also references to chakras among the Hopi, Inca, Maya, and other aboriginal cultures, explains Karen Johnson, MPH, faculty at the Four Winds Society and a Master Practitioner of Energy Medicine.

So, what are chakras? These psychospiritual wheels are centers of energy that run from the base of the spine, up the midline, to the top — or crown — of the head, elaborates Diane Malaspina, Ph.D., a yoga medicine therapeutic specialist. "We can work with the chakras through movement, breath practices, meditations, visualization, intention, and lifestyle habits that promote well-being."

And you might want to work to balance your chakras, because like all energy resources, they can become depleted or overactive based on lifestyle, behaviors, and thoughts, explains Malaspina.

Here are all the basics on the 7 chakras, how to know if they're off-balance, and what you can do about it if they are.

There are 7 chakras and each chakra corresponds with different emotional, energetic, physical, and mental aspects of our lives, explains Jenny Mannion, author and intuitive healer. Each chakra is also associated with a color.

Located at the base of the spine, this is the Root Chakra. It's associated with red.

"The Root Chakra connects us directly to the earth and our instinct for survival and procreation and the feeling of safety, or in the alternative, feeling traumatized, fatigued or abandoned," explains Johnson.

Located a little below the belly button, this is the Sacral Chakra. It's associated with orange.

"The Sacral Chakra is functionally related to digestion, the kidneys, and the urinary tract and relates to our feelings about power, money, and self-esteem or, in the alternative, results in fear and fighting," says Johnson.

"The Third Chakra is where we store information about power and how we use or abuse it or have been used or abused," explains Johnson. "When functioning properly, it manifests in courage and stamina or, in the alternative, victim mentality, shame, blame, and guilt."

Also known as the Heart Chakra, this one is located at the center of the chest over your heart. It's associated with green.

"This is where we store information about love, hope, and compassion, or in the alternative, where we store resentment, loneliness, grief, abandonment, and betrayal," explains Johnson.

Located at the throat, this is the Throat Chakra. It's associated with blue.

"The Fifth Chakra is where we store information about communication," notes Johnson. "When functioning, we communicate freely or, in the alternative, find it almost impossible to speak our truth."

Also referred to as Third Eye Chakra, this is located a little above and between the eyebrows. It's associated with indigo.

"The Sixth Chakra is where we store information about self-realization, empathy, and intelligence or, in the alternative delusions, inadequacy, and neuroses," notes Johnson.

Also known as the Crown Chakra, this is located at the Crown of your head. It's associated with violet.

"The Seventh Chakra is where we store information about selflessness, integrity, and connection to spirit or, in the alternative, psychoses and cynicism," explains Johnson.

How to Know If a Chakra Is Out of Balance

If you feel out of whack in some respect — physically, mentally, or emotionally — you'll know a chakra is out of balance, says Malaspina. Any of the following could be a sign that there's a chakra imbalance at some level:

Mannion says she thinks of the chakra system as "our inner diagnostic system." "For example, if you have throat issues, look to the Fifth (Throat) Chakra. Is there something you perhaps are not speaking your truth about? It helps to know what each governs so you can look at these issues with compassion and gain tools to bring your body and chakra back into balance."

How to Balance Your Chakras

According to the experts we spoke with, there are a variety of ways to balance your chakras. Mannion notes that you can wear the color associated with the chakra you believe to be out of balance or meditate with crystals associated with it.

"There are also specific movement, breath, meditation, mudra (symbolic or ritual gesture or pose in Hinduism, Jainism and Buddhism), and mantra practices that facilitate energetic balancing," notes Malaspina. "We can also use visualization, chanting, and physical locks called bandhas to influence these energy centers."

But she notes that beginners can start out by simply practicing yoga, which creates alignment in the physical body.

Ultimately, you'll benefit from learning more about your chakras and understanding that bringing them into balance is an intuitive process, says Mannion. "If you have one particular area that feels like it can use some love, focus there to start," she advises. "Place your head on the chakra and send love and the intention that you would like for it to come into balance. Ask if there is any message your body would like to offer you. Know you do have the ability to communicate with your body, and the chakras can be the language to make those messages clearer to you.' 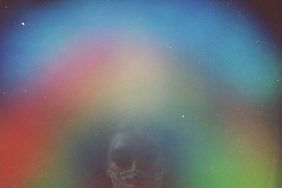 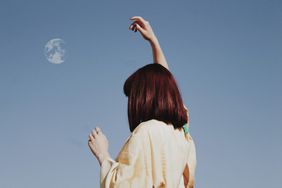