The Leo couple's steamy, romantic bond could last for years to come.

It's been nearly two decades since Ben Affleck and Jennifer Lopez were the focal point of Hollywood romance. If you didn't exactly follow the saga back then, the actor and the multi-hyphenate entertainer met on the set of Gigli. At the time, J.Lo was married to her second husband Cris Judd. They filed for divorce the summer of 2003, after which she and Affleck went public with their relationship. Years later, in 2016, Lopez told People that when she first met Affleck, she "felt like … 'OK, this is it.'"

Tabloid media, sensing just how big the celebs' connection was, created a ton of hype and hoopla around the first couple to get their very own portmanteau: "Bennifer." Although Gigli was a bomb, starry-eyed fans soaked up every last detail about the famous pair from Lopez's custom-made Harry Winston 6.1 carat pink diamond engagement ring to the specifics around their Santa Barbara wedding plans.

The couple was supposed to tie the knot in September 2003, but just a day before the nuptials, they released a statement noting that "due to the excessive media attention" surrounding the wedding, they had decided to postpone. But several months later, on January 22, 2004, Bennifer was over. The pair shared another statement that they had called off their engagement.

Since then, the stars have both gone on to marry other people and raise kids but always remained friendly, speaking warmly of one another in interviews. Now, following J.Lo's recent split from Alex Rodriguez, tongues are wagging about a Bennifer reunion, which seemed pretty apparent from photos of the two driving around together during what sources described to Page Six as a "romantic trip" in Montana.

From a quick glimpse at Affleck and Lopez's astrological charts (they're both Leos, for starters!), it's easy to see what's fueling their steamy reunion.

Their Shared Leo Placements Set the Stage for Innate Understanding

Both Lopez (born on July 24, 1969 — time unknown although some sources say 1 p.m., so let's go with that — in The Bronx, New York) and Affleck (born on August 15, 1972, 2:53 a.m. in Berkeley, California) were born while the sun moved through the spotlight-loving, ambitious, optimistic fixed fire sign Leo. With her sun at 01 degree Leo and his at 22 degrees, they're not quite conjunct, but sharing the same sign means they do organically get one another and feel like they're in sync when it comes to core identity and self-image.

Having the same sun sign as your partner (like Megan Fox and MGK, for instance) can help you see and approach the world in the same way. You might also have the same core values. For two Leos, that means a focus on romance, fun, luxury, seeing and being seen, creativity, and playfulness.

But the sun isn't the only spot where Bennifer share Leo energy. Both were born with messenger Mercury, which influences how we express ourselves and think, in the dynamic fire sign. Hers is at 04 degrees while his is at 10 degrees, creating a solid conjunction, suggesting that they share the same direct, entertaining, and fun-loving communication style. This also explains how they could feel super-connected through language. Affleck has reportedly been sending Lopez "loving and longing" emails for months, including one message that included an oddly poetic line about the actor "being able to 'own her heart' with his pen."

Their Moons in Scorpio Indicate a Loving, Sexual, Transformative Spark

Both J.Lo and Affleck were born with their natal moons in the magnetic, deeply sexual water sign Scorpio. They're not conjunct — his is at 04 degrees while hers is at 29 degrees — but just having your emotional compass in the same sign as your partner's can be intoxicatingly intense. The headline-making stars likely understand one another intuitively and instinctively understand how to nurture one another because that's how they want to be cared for themselves.

They kind of can't help but adore one another. As Lopez said in a November 2002 exclusive interview with Diane Sawyer, she saw Affleck as "brilliantly smart … Loving. Charming. Affectionate," adding, "I just admire him in every way."

And because Scorpio is the fixed — aka stubborn and resolute — water sign, it's no surprise they've held onto one another and feel very protective of one another. Once Scorpio is attached emotionally, they either cut you out entirely or hold on — at least in some way — for, well, ever. Scorpio is also co-ruled by Mars (which rules sex) and Pluto (which rules transformation), so it's clear the emotional bond between Affleck and Lopez is not only extremely physically- and spiritually-charged but could result in internal transformation. BTW, Affleck's natal Pluto conjuncts Lopez's natal Jupiter (the planet of fortune, expansion, and abundance) in Libra, the sign of partnership, emphasizing the theme of growth and transformation between them.

Their Venus-Saturn Conjunction Speaks to a Serious Long-Term Bond

J.Lo's natal Venus — which influences our love language and romance style — is in Gemini at 19 degrees, while Affleck's natal Saturn — the taskmaster planet, which points to the lessons we need to learn in this life — is at 18 degrees of Gemini. As gloomy as Saturn might be characterized at times (hey, Saturn return), the serious planet rules commitment and loyalty, both of which can strengthen a romantic connection and turn it into one spanning not just years but decades. The fact that Bennifer share this connection shows that their bond is rooted in lessons they both need to learn — perhaps related to intimacy, joint resources, and deep-rooted psychological wounds. But it can also characterize a long-term romance that will work best when neither partner feels restricted.

The fact that the conjunction falls in communicative air sign Gemini can help keep things light, but duplicitousness could be an issue that's baked into the lessons they're learning through one another. Case in point: In her 2016 interview with People, J.Lo shared that although she thought Affleck was "it," she later realized, "What you think people are and how you see them when you love them is different than when they reveal later."

According to This Astrologer, Sextile Energy Can Explain Gabrielle Union and Dwyane Wade's 'Soulmate-Like' Connection

Speaking of illusion, the couple also shares a fiery, sexy conjunction between Lopez's natal Mars at 3 degrees Sagittarius and Affleck's natal Neptune at 2 degrees Sagittarius. Mars is sex, action, and energy, while Neptune is spirituality, dreams, and fantasy, and Sagittarius is free-spirited, adventurous, entertaining, and exudes "go big or go home" vibes. So, cue the steamy, off-the-charts fireworks between the sheets as well as all the huge romantic gestures and all the gasp-worthy, trappings of a glamorous celeb relationship that show up in the "Jenny From the Block" video.

In short, Bennifer's connection is intense, super-hot, and dreamy. However, Neptune rules escapism and delusion, and Mars is all about taking action and moving the ball forward, so the famous pair could struggle to get on the same page when it comes to differentiating fantasy from reality.

In regard to a Mars-Neptune conjunction in general, the Neptune person (in this case, Ben) adores, admires, and idealizes their partner, but they can struggle to stick with what's real versus what's imagined, and that can frustrate the Mars person (Jen). Frequent self-work, reality checks, and maturity — perhaps gained from that Venus-Saturn conjunction — could prove helpful.

What This Means for Bennifer's Future

Clearly, the Gigli co-stars' relationship is intense, truly affectionate, and romantic, thanks to several bond-bolstering conjunctions. They likely feel as though they get one another, respect one another, care deeply about one another, and have hot chemistry. But their charts also illustrate challenges that might exist between them that are there for them to grow and learn more about themselves — as individuals and as a pair.

The timing of Bennifer's alleged reunion is also super interesting. We're heading into the first eclipse of the year on May 26 at 5 degrees of Sagittarius, which lands almost exactly on the couple's Neptune-Mars conjunction, potentially indicating a make-or-break moment for the famous couple. And then, communicator Mercury, moving retrograde from May 29 to June 22 in Gemini, will move back over their Venus-Saturn conjunction around June 11-14, possibly magnifying all the buzz around their relationship.

Regardless of what goes down, Bennifer's innate compatibility and fateful connection proves they'll be bound to one another — whether as friendly exes or one of the most buzzworthy celeb couples of all time — for years to come. 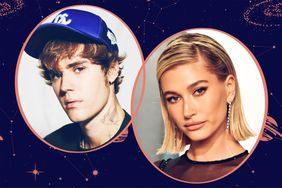 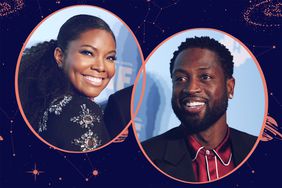