It's time to meet your match.

If you believe everything you read on social media, you're probably convinced that all Capricorns are snoozefest workaholics, Sagittarians are soap-boxy zealots, and Scorpios are scary as hell. Every sign is subject to overgeneralized, often negative stereotypes in the world of quippy tweets and speedily scrolled-through memes. While they might not be as polarizing as, say, tough-to-pin-down Geminis, those born under the cardinal water sign Cancer are often pegged as overly sentimental crybabies and stage five clingers for life.

The truth is far more nuanced. Every sign has its strengths and weaknesses and will hit it off with some signs more than others. Ruled by the intuitive moon, Cancers are innate caregivers who are uniquely in tune with their own and their loved one's emotions. They're compassionate, nurturing mush balls who are quick to protect their sensitive hearts when they sense they could get hurt. And because they're the ruler of the fourth house of home and family, they thrive when they have a tranquil, secure domestic life. If you're similarly family-oriented and in tune with your feelings, you'll probably get along well with a Cancer.

Ahead, we break down Cancer's compatibility with all 12 signs of the zodiac.

Aries, the first sign of the zodiac and the cardinal fire sign, and Cancer are square, or three signs apart, from one another, which can be a challenging — or in the best case scenario — activating angle. Both cardinal signs are big-picture thinkers who excel at initiation but might need a bit of hand-holding when it comes to follow-through. They can join forces and take on sweeping projects in a bold, take-charge way. But while both are natural-born leaders, Cancer's sweet, thoughtful sensitivity could conflict with Aries' fiery, fast-paced competitive M.O. Respecting one another's emotional process is integral to getting on the same page.

Taurus, the fixed earth sign, and Cancer are sextile, or two signs apart, from one another, making for a friendly, easygoing relationship. In fact, these two signs make for one of the sweetest, most organically compatible pairings of the whole zodiac. The Bull's slow, security-loving vibe harmonizes with the Crab's heartfelt homebody personality. Both are innately nurturing, loyal, and commit their heart and soul to a relationship they're invested in. They also tend to adore the same sensual experiences (like a sumptuous, home-cooked meal). In a romantic bond, this can make for an extremely emotionally — and in turn, physically — satisfying expression of mutual feelings.

Cancer and Gemini: Better as Friends

Cancer is semisextile, or one sign apart, from Gemini, the mutable air sign, which can create some friction between partners. Where the Twins can be super-cerebral, leading with their mind, the Crab can be incredibly emotional, allowing their heart to run the show. Mercury, Gemini's ruling planet, is faster-paced than the intuitive, luminous moon, which can throw off the energy balance between these two as well. But if they can make an effort to open their minds and hearts to one another's needs, they can build a lasting bond through lots of communication.

Cancer and Cancer: In Sync

Two Cancers, each wired to take care of everyone around them and to pour their hearts into their most meaningful bonds, can create a blissful, homey, cozy existence with one another. They'll endlessly show up for one another, prioritizing love and family and mutual support. And they're both quick to defend one another from any pain or hurt that could be inflicted by the outside world. The only drawback: When you have two people who are both prone to swimming in all their big emotions and moodiness, it's possible this pair could get swept out into a sea of melodrama on occasion.

Leo, the fifth sign of the zodiac and the fixed fire sign, is semisextile, or one sign apart, from Cancer, making for some bumpiness stemming from differing views and priorities. The dynamic, spotlight-loving, sun-ruled Lion is pretty much perpetually optimistic and confident, preferring to see the sunny side of life while intuitive, sensitive, and moon-ruled Crabs not only see but feel all the shades of happiness, sadness, and everything in between. But both are loyal, heartfelt, and prone to be in love with love, prizing loyalty and security above almost anything else, which can make them feel like a fairly natural duo.

Cancer and Virgo: Full of Potential

Virgo, the sixth sign of the zodiac and the mutable earth sign, is sextile, or two signs apart, from Cancer, which makes for a natural, harmonious connection. Both Cancer and Virgo are sensitive, service-oriented caregivers who are happiest when they're giving to others. They're both equally motivated to turn big-picture dreams into a reality and enjoy being the shoulder that the other one leans on while they're striving toward their end game. Cancer can learn from and admires Virgo's intellectual approach while the Crab can teach the Maiden how to tune into their intuition.

Cancer and Libra: It's Complicated

Libra, the seventh sign of the zodiac and the cardinal air sign, is square, or three signs apart from Cancer, which can be a challenging but also potentially activating angle. Both cardinal signs adore companionship, creating a beautiful home life, and all the pleasures and joys that come with having a partner. But as an air sign, Libra's approach to romance tends to be more intellectually charged, while Cancer prefers to follow their heart over their head, which could trigger misunderstanding. But keeping their eyes trained on their mutual love of love can save the day.

Scorpio, the eighth sign of the zodiac and the fixed water sign, is trine, or four signs apart from Cancer, which sets the stage for one of the most natural, pleasurable, well-matched pairings in the zodiac. Both are sensitive, intuitive, even slightly psychic water signs who put family first and have no problem swimming in the depths of all of their feelings. The Crab's loyal attachment style is perfectly suited to the Scorpion's natural possessiveness, and lovemaking is spiritual, transformative, and deeply sensual. Together, they can — and usually do — build the ultimate home life.

Sagittarius, the ninth sign of the zodiac and the mutable fire sign, is quincunx, or five signs apart from Cancer, which speaks to an awkward match. While both signs are spiritual and find comfort in rituals and discussing what they believe in, Sag is free-spirited while Cancer needs consistency, loyalty, and dependability to feel secure. The Archer's unfiltered soapbox routine can come off as preachy and insensitive to the Crab. Cancer's moodiness can strike Sag as weak. But if they can attune to one another's needs and strike a balance between freedom and security, the Archer and Crab could be one another's greatest cheerleaders.

Capricorn, the tenth sign of the zodiac and the cardinal earth sign, is opposite, or six signs apart from Cancer. The Goat and the Crab can balance one another out — or drive each other up a wall. Ruled by taskmaster Saturn, Cap's cool, serious pragmatism lends itself to their ultimate goal: climbing up that mountain and achieving their greatest aspirations one step at a time. Cancer, on the other hand, tends to let emotion fuel their aspirations and their action. But both are interested in putting in the work to create a lasting, secure partnership, so if they are equally invested, they'll find common ground.

Cancer and Aquarius: Not Meant to Be

Aquarius, the eleventh sign of the zodiac and the fixed air sign, is quincunx, or five signs apart from Cancer, making for an awkward, uncertain pairing. Ruled by revolutionary Uranus, airy Aquarius is aloof, cool, and future-minded, preferring to embrace rational thought over emotions, while Cancer is rarely going to set aside how they intuitively feel in order to use just their head. The Crab has a soft spot for traditions, especially those that are interwoven with family, while the Water Bearer prefers to strike out on their own — and against convention. In an ideal scenario, Aquarius can offer Cancer a departure from the ordinary while Cancer can show Aquarius the beauty of reliability.

Pisces, the twelfth sign of the zodiac and mutable water sign, is trine, or four signs apart from Cancer, making for a natural, loving fit. Ruled by dreamy Neptune, the Fish is deeply spiritual, empathic, artistic, and emotional. As an initiating cardinal sign, Cancer can come up with ambitious game plans for making less decisive Pisces' dreams come true. And Pisces can teach Cancer to channel their at times overwhelming emotions into a healthy outlet, like art, music, dance, theater, or creative lovemaking. While they have their differences — Pisces might be turned off by Cancer's bossiness and Cancer might find Pisces a bit too escapist — they ultimately speak the same heartfelt language.

The Bottom Line on Cancer Compatibility

Whether you're feeling confident or freaked out at the moment, remember that no matter how compatible — or not — you seem to be with your partner or potential love match, sun sign compatibility is just one small piece of a larger puzzle. You can get the most accurate idea of how you match with a partner by looking at your entire natal chart. (Running a synastry report on a site like CafeAstrology.com or doing a reading with a professional astrologer can offer the most accurate, individualized insight.) And remember: since our birth charts are divided up into 12 houses, each ruled by one of the 12 signs, we've all got some Crab energy in us. Let's learn to embrace it. 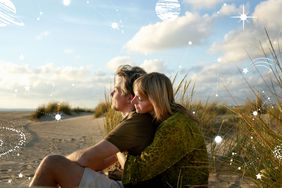