The battle between good and evil is waging on in a whole new way with Kerry Washington and Charlize Theron's new Netflix movie, The School for Good and Evil. And while fans will have to wait until tomorrow to get swept up in the drama, Washington spoke to E! News about what drew her to the movie — and it was the chance to work with Theron. Washington told E! that having the opportunity to act opposite Theron (and play on extremely exaggerated ideas of good and bad) was enough to have her sign on. She went on to say that the two would bounce off of each other's over-the-top takes on their characters.

"Part of my desire to do this film was to work with Charlize," Washington said. "And to be able to be on stage together and really give each other freedom to play. The more saccharine sweet I would get, the more annoyed she would be. The meaner she was, the sweeter I would be. We just really played off of each other. It was so inspiring."

Washington went on to say that she loved the costumes involved because she (like a few other corset-wearing actresses) loves the security and severe posture that corsets provide. Theron, however, couldn't be more against them. When Washington gushed about her admiration of corsetry, Theron brushed it off, saying she was glad her character, Lady Lesso, got to get suited up in tailoring, not princess gowns.

"I love a corset," Washington said. "If the character requires it, there's something so great about what happens with my posture and my movement when I'm strapped in like that." 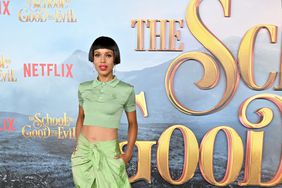 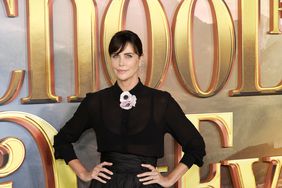 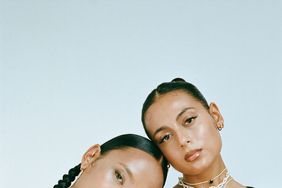