No pants, no problem.

Kendall Jenner is known for her work on high-fashion runways and her chaotic sense of street style (Sheer dresses! Free-the-nipple graphic tees!), but her most recent look may be her most eye-popping yet. Because on Sunday, the super model stepped out in no pants — unless you count undies and tights.

Over the weekend, Jenner stepped out in a cozy navy blue, knit sweater layered over a white long-sleeve top with nothing but a pair of black underwear and sheer Calzedonia stockings. She elevated the look with black pointy-toe slingback pumps that somehow made the no-pants outfit sophisticated enough for any kind of event. She accessorized with a small black Balenciaga handbag, matching skinny shades (a Kendall staple), and small hoop earrings. Her shiny dark hair was worn parted down the middle and gently tousled. In one hand, the model carried a bouquet of vibrant sunflowers.

The outing came just one day before People reported that Jenner and her on-again, off-again boyfriend NBA star Devin Booker have called it quits. Multiple sources confirmed that the breakup happened last month, citing their "busy schedules" as a contributing factor.

"Both have incredibly busy schedules right now with their careers and they've decided to make that a priority," the insider told the outlet. Another source added, "They have a lot of love and respect for each other and wish only the best."

The couple briefly split in June, according to E! News, but quickly reconciled later in the summer. They've been romantically linked since 2020. 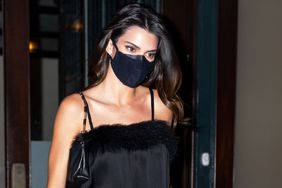 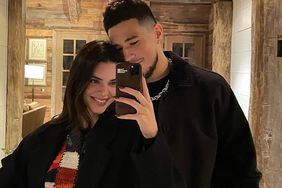 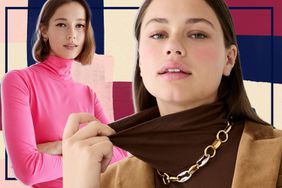 These 10 Best Turtlenecks of 2022 That Make Layering A Breeze 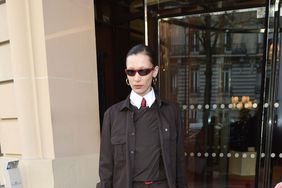 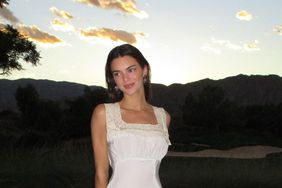