That's what friends are for.

It seemed to last an eternity, but Julia Fox and Kanye West only actually dated for two months. All the while, there were headlines about Hermès parties, denim outfits, and so many eyeliner looks. But, in a new clip posted to TikTok, Fox said that a major reason that she stayed with West as long as she did was to give Kim Kardashian a chance to take a breath.

Fox's TikTok post addressed a commenter who asked her why she was with “a famously violent misogynist and antisemite." In her explanation, Fox reminded everyone that she and Kanye were together before all of that. She also reiterated that as soon as West made his controversial comments, she left the relationship.

In the lengthy statement, Fox also mentioned her long history with the Kardashian sisters, which adds another layer to the whole situation — and gives fans a sweet tidbit about their friendship.

Here is what she said in full, including a not-so-subtle mention of her book, which should be out soon.

"OK, since — I was just going to write about it in my book and then have y’all buy it, but I’ll just tell you guys for free. First of all, the man was being normal around me and not only that but the Kardashians, when I had a fashion line 10 years ago they actually bought our clothes and sold them in their stores and so I’ve always had a love for Kim especially and even Kourtney especially and like all of them pretty much. But, no, like the big three: Khloé, Kim, Kourtney. Those are my girls. Anyway, so by the time me and him got together, it was like, he hadn’t been doing anything, you know, like out there yet. He, the only thing he had done was change the name in the song and said like, 'Come back to me, Kimberly.' That was like really the only thing when we met."

"But I remember just being like, ugh, he was texting me, I wasn’t really answering. I was like I don’t really want to talk [with] this celebrity again. You know what I mean? Nothing ever comes of it. They’re kind of boring. They’re not what you think they’re going to be like. But he kept going and going and he was like you have bad text etiquette and I was like, 'Oh my god, Kanye’s yelling at me. What do I do?'"

"But then I had this thought: I was like, 'Oh my god, maybe I can get him off of Kim’s case. Maybe I can distract him, just get him to like me and I knew if anyone can do it, it’s me because when I set my mind to something, I do it.' And I will say that that month that we spent together, he wasn’t on Twitter first of all. He wasn’t on any forms of social media. He didn’t even talk about his relationship. We only really talked about clothes and weird ideas and plans for the future and our hopes and dreams for childhood and education. And it was really beautiful, guys."

"The moment he started tweeting, I was out. And that’s the thing, it’s like, the media reported on our relationship ending a week after it happened or something. So during that week, I think you guys thought that we were together, but we weren’t. I’d already been like, 'Dude, I’m not going to stick around for this shit.' And also, I realized pretty quickly that he wasn’t going to take my help. I was like, 'I want to help him. I want to help him.' I sounded almost as dumb as you guys, saying that I should’ve done something to stop him from saying — like, what? But anyway, I was delusional. I thought I could help him. Anyway it didn’t work and now we’re here. But that being said, really, deeply respect the man as an artist. I don’t want to shit on that. I don’t want to reduce his whole career to his really bad moments, you know? But that being said, I stand with the Jewish community, period." 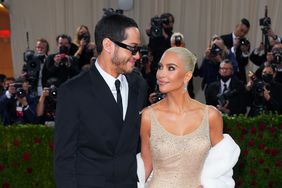 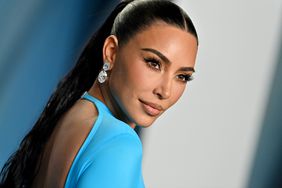