She's "so happy" she didn't cancel her wedding.

Jennifer Lawrence was almost a runaway bride. In a new interview with The New York Times, the actress revealed that she nearly canceled her wedding to her now-husband Cooke Maroney in 2019 due to commitment issues.

When she first began filming the movie Causeway, in which she plays U.S. solider Lynsey, who has a major phobia of commitment, Lawrence began to relate to her character. And as she was preparing to marry Maroney, she started to have second thoughts about walking down the aisle. "When you don’t fully know yourself, you have no idea where to put yourself,” she said. “And then I met my husband, and he was like, ‘Put yourself here.’ I was like, ‘That feels right, but what if it’s not?’”

J.Law eventually realized that her anxiety over settling down “was coming out of my performance in all these different creative ways, but I wasn’t conscious of it." She continued, "Then I went back, and when I’m home with my husband making this family, I’m so happy I stayed. I’m so happy I didn’t freak out and cancel the wedding and run away and go, ‘I’ll never be taken down!’”

Lawrence, of course, went through with the wedding and married Maroney during a star-studded ceremony in Newport, Rhode Island in October 2019, and she even legally changed her name to Jennifer Maroney. “God, I had such a feminist meltdown about changing my name because it’s my identity, it’s the first thing I’m given,” she explained to the Times. The couple also expanded their family recently and welcomed their first child together, a baby boy named Cy, earlier this year. 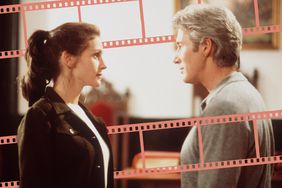