Janet Jackson is back! This fall the "Together Again" singer will debut her first new album since Discipline, which came out seven years ago in 2008.

Jackson, 49, announced details about the album—to be released by BMG via her own record label, Rhythm Nation Records—on her website Wednesday. And in a tweet about the exciting news, she used the hashtag #ConversationsInACafe, which has led fans to wonder if it's a reference to the new record's title:

Earlier this year the Grammy winner dropped hints about the new album in a 30-second teaser video. In it she said, "I promised you'd hear it from my lips. And now you will. This year. New music. New world tour. A new movement. I've been listening. Let's keep the conversation going." 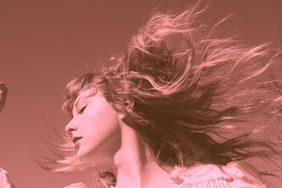