Yes, even one from Kevin Malone.

Nine seasons of The Office brought just as many iconic Dunder Mifflin Halloween parties, and among dozens of employees over those nine years, the math adds up to… a ton of costumes featured on the show.

There's a time and place for ranking the best and worst looks — perhaps there's even potential for a spooky holiday edition of The Dundies (held at Chile's, of course). But right now, we're talking about how to get the looks accomplished by your favorite characters, whether or not they won the grand prize of a Scranton-area coupon book worth $15,000 in savings. Looking at you, Oscar the "rational consumer."

Not included in this list is one of the series' most frequented costumes, Batman's The Joker, portrayed by Creed, Dwight, and Kevin during the Season 6 episode, "Employee Transfer." It's a classic costume, no doubt, but everyone knows the villain just wears a permanent creepy smile, some green hair, and a purple blazer — there are plenty more unique costumes from the show to explore.

VIDEO: Could An Office Reunion Be Coming Our Way?

From Dwight's Scranton Strangler to Kevin's simple Charlie Brown to Pam's Cece-inspired Doctor Cinderella, let's get to the Office-inspired outfits you may need a little more help recreating, beginning with the easiest of them all.

You're either a Creed fan, or you're not. And if you are, you appreciate his "really, really good timing" during the Season 9 Halloween party. Thankfully, this implied serial killer look is dangerously easy to achieve. Grab a khaki button-up dress shirt and tie, whether they're from your closet, pick up a bottle of fake blood (this $8 one has great reviews on Amazon) and have a splatter paint session in an outdoor or easily cleaned area. Don't forget to slightly splat your face. Then, show up to a party wearing the bloody garb and act just as oblivious as Creed did.

Wendy from Wendy’s (Worn by: Erin)

If you were Dorothy from The Wizard of Oz or Raggedy Ann for Halloweens past, this is your chance to double dip. The Wendy from Wendy's dress Erin wore during Season 8 is very similar to the one worn by those characters. So, if you want to go the easy route and there isn't one already collecting dust in your basement, you can purchase a Dorothy Costume ($40; spirithalloween.com) online. Or, for a more modern and wearable version, opt for a white, puffy-sleeved blouse ($30; nordstrom.com) under a blue pinafore dress (from $14; amazon.com). Regardless of which you choose, you can't forget the two most important elements: elevated pigtail braids — which you can also buy for $22 on Amazon — and an easily handmade Wendy's name tag. Paint on some freckles and you're good to go. Just don't forget to remind everyone at the party that spicy nuggets are back.

The Scranton Strangler (Worn by: Dwight)

This is another one that's easily recreated with clothes you (or a family member) may already have on hand. To embody Scranton, Pennsylvania's most ominous and mysterious figure, according to Dwight Schrute, all you need is a long khaki trench coat, a pair of white gloves, a brown fedora (from $24; amazon.com), and a black bandit eye mask ($4; spirithalloween.com). Most importantly, you must hand sew a circular patch on the center of said mask that boasts the letter S.

Michael said he sent away for his second head in a catalog, but that bust was truly one of a kind. In order to accomplish a similar look from Season 2, you'll have to break out your second-grade paper-mâché skills. Or you can take the easy route: print a photo of Second Michael and find a way to prop it on your shoulder. It's simple, and it's funny. Just don't forget to wear Michael's best business professional attire.

An easy and always recognizable costume is Charlie Brown, and Kevin accomplished it with a yellow polo and what appears to be an ironed-on zigzag stripe across his torso. You can take that route for your Peanuts look too, or you can purchase one of the many iconic tees online, like this one (from $20; amazon.com).

In its simplest form, it's a leather jacket and a cross earring. With more dedication to detail, per Andy's rendition, it's also a pair of aviators, a guitar, and a (well-prepared) "Faith" solo. Choose your own adventure, but at least include a good jacket like this one ($50; hm.com) and a single sterling silver cross hoop from this $9 pair at Walmart.

Everyone knows Jim's not one for Halloween costumes, so Three-Hole Punch Jim was incredibly adventurous for him. If you're not much of a costume person yourself, this one's perfect for you. Simply wear a white shirt of any kind and cut three proportionally sized circles from black construction paper to adhere down its right side. And that's it. It's simple, unique, and it will definitely make someone laugh.

To embody the world record-holding Olympic sprinter as Dunder Mifflin's Stanley did, all you need is a black windbreaker, a gold medal necklace ($8; amazon.com), and the Jamaican flag ($7; amazon.com) worn as a cape. Just make sure to act very underwhelmed by the possibility of a men's acapella concert at the party and you're golden — pun intended.

Pam's Season 9 Halloween costume was inspired by her daughter Cece's love of princesses. In order to accommodate that and also reinforce the importance of positive female role models, she dressed up as Doctor Cinderella. "I'm an oncologist," she told Erin. To get this very creative and empowering look, either break out an old prom dress or get a costume ball gown like this one ($60; halloweencostumes.com), and top it with a lab coat (from $14; amazon.com), stethoscope ($8; halloweencostumes.com), and sparkly tiara ($10; halloweencostumes.com). Complete it with a name tag so everyone knows who you are, even though it's royally obvious.

A costume that might be even more timely in 2019 than it was when the episode aired — thanks to Avengers: Endgame and Scarlett Johansson's upcoming Black Widow movie — is Meredith's Black Widow costume. Find a black catsuit and the necessary accessories at Walmart, on Amazon, or at virtually any Halloween store. What you won't find there is Meredith's sassy attitude, so that's something you may want to work on.

In preparation for being a first lady herself, Angela dressed up as Nancy Reagan (The Senator was President Ronald Reagan) and she wore a red skirt suit like this one (from $51; amazon.com), a string of pearls, and a very Nancy Reagan-esque wig ($16; amazon.com).

In a Season 6 scene that has since been deleted from the Netflix cut, Oscar dressed up as Sarah Palin for Halloween. Ironically enough, the ensemble is similar to Angela's Nancy Reagan, a red skirt suit with a brunette wig twisted into Palin's regular updo. If you don't wear them already, grab a pair of rectangular frames ($12; amazon.com), and don't forget Oscar's special additions to the costume: a full-sized hatchet ($10; halloweencostumes.com) and a smug expression.

Fist pump your way into a black minidress, tons of jewelry (giant gold hoop earrings like these $9 ones are a must), and a pair of high heels to be your best Kelly-Snooki combo. And of course, give yourself enough time to tease your hair higher than you ever have so you can pull it into a signature Snooki pouf. Before you know it, you'll be the leading cast member on MTV's newest reality show, Scranton Shore.

Kelly-Snooki's date to the costume contest was Ryan as circa-2009 Justin Bieber. He wore a "My World" tour t-shirt, a zip-up hoodie, a flat-billed hat, and a wireless microphone headset ($5; halloweencostumes.com) as most early 2000s popstars did. Obviously, vintage Bieber merch is hard to come by in 2019, but any tour shirt would work for your recreation. Memorize the words to "One Less Lonely Girl" and sing them into your prop mic all night long or you're not a true Belieber.

A Halloween classic, Darryl dressed up as the original vampire to compete for the grand prize of $15,000… worth of savings from the 2011 Scranton/Wilkes-Barre Coupon book. To get his effortless look, you need a tuxedo with a bow tie, a collared cape ($15; amazon.com), and a drawn-on widow's peak if you don't already have one growing au naturel.

Raggedy Ann is a classic Halloween costume, so her long dress-apron combo and red rope locks ($50; halloweencostumes.com) can be easily found and purchased together. To look exactly like Phyllis did in this episode, you'll have to perfect and recreate her ragdoll face paint and ceaseless somber demeanor.

This episode, released in 2010, was chock full of pop culture references, but Gabe's Gaga definitely takes the cake. Like in the "Poker Face" music video, Gabe painted his face with a lightning bolt, as you should to achieve the same look. Other essentials include the iconic blonde hair bow on a wig with bangs ($4; amazon.com), fingerless gloves, a leather corset, a silver v-shaped collar necklace ($17; amazon.com), and anything else that makes you feel like a Little Monster. 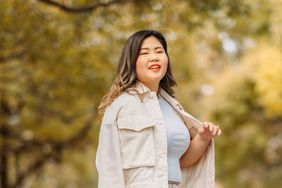 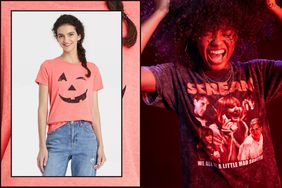 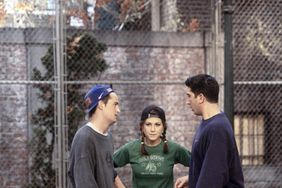