"Bueller… Bueller…" it's almost time to settle in for back to school. To get in the spirit of classrooms and cafeterias, let's revisit a bit of teenaged drama via the likes of Molly Ringwald and Olivia Newton-John's iconic roles, shall we? Or even revel in the life lessons we learned from Robin Williams and Matthew Broderick? Whether you are returning to academia or you're simply down for a dose of nostalgia, these seven quintessential school films are August must-sees.

Don a Pink Lady jacket with Rizzo and sing along with the gang in one of the highest grossing musical films to date (more than $181 million domestically). Grease made song and dance on film more popular than anyone ever anticipated, and continues to inspire pleather-pant envy. Danny and Sandy's summer-lovin-turned-full-fledged romance has also graced (or is that greased?) Broadway's stage, premiering in 1972 then again for two revivals in 1994 and 2007. It was also featured live on TV this year featuring Julianne Hough, Aaron Tveit, Vanessa Hudgens, and more.

Kick off your Sunday shoes with a young Kevin Bacon, resident high school rebel with a worthy cause. Fresh from a rough-and-tumble Chicago past, Ren McCormack (Bacon) brings music and dancing back to the small town of Bomont in Footloose. This original also inspired a 2011 remake that kick-started Julianne Hough's acting career when she played Ariel, Ren's (played by Kenny Wormald) troubled love interest.

"Dear Mr. Vernon…" welcome to The Breakfast Club. This film inspired generations to embrace their inner outcast and toss labels aside. Pound a fist into the air like John Bender (Judd Nelson) and join the motley crew -- a brain, an athlete, a basket case, a princess, and a criminal -- in Saturday morning detention with this John Hughes classic.

Ferris Bueller's Day Off is the quintessential high school mischief comedy. In the film, a cunning Ferris convinces his melodramatic friend Cameron (Alan Ruck) and love interest Sloane (Mia Sara) to romp around Chicago for a wild day of hooky. The Windy City recently celebrated the film's 30-year release with a weekend full of Ferris-approved festivities like a "Twist and Shout" live parade re-creation, and tour buses visiting famous filming locations. As the new school year looms, it's important to remember, as Bueller says, "life moves pretty fast. If you don't stop and look around once in a while, you could miss it."

Relive one of Robin William's most moving performances in Dead Poets Society. Williams plays English teacher John Keating, who introduces a group of male students to new perspectives on everything from learning to living through poetry. It's an inspiring carpe diem performance that triggers all the emotions.

High school relationships are hard—even when Heath Ledger is your romantic interest. But this modern rendition of Shakespeare's The Taming of the Shrew will make you fall for all the wit and romance between brooding Patrick (Ledger) and sarcastic Kat (Julia Stiles). The two end up falling in love for real after new kid Cameron (a strikingly young Joseph Gordon-Levitt) bribes Patrick to ask Kat to prom.

Raise your hand if you've been personally victimized by not re-watching Mean Girls this summer? It's time to revisit Cady Heron and the original Queen B, Regina George. (The film was released in 2004, three years before Blair Waldorf reigned over the Upper East Side elite in Gossip Girl.) 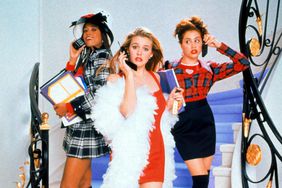 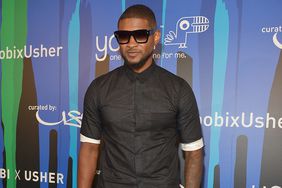 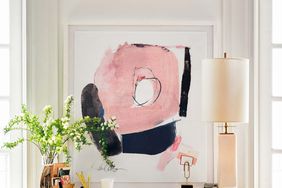 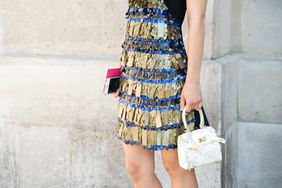 For the Kid in You: 8 Purses That Look Like Grown-Up Lunchboxes 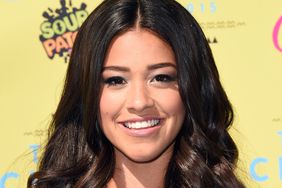