10 Holiday Gifts That Your Significant Other Actually Wants

Finding a gift for your significant other is always a challenge. You want to surprise them, but also ensure that you're giving them something they really, truly want. If your special someone hasn't dropped any subtle hints, we had our editors ask their SOs what they're eyeing for the holidays. Below, 10 fool-proof suggestions—straight from the source. You're welcome.

"My boyfriend Dan is a die-hard Michigan guy. He'll often show it by raising up his hand as a 'map' of the state (apparently everyone from Michigan does this, or so I've learned). When he discovered the brand Shinola, which produces amazing watches near his hometown of Detroit, it was love at first watch. This season, they introduced a new rounded square-shaped style. It's the perfect addition to his collection—and on the top of his list."

"My husband is a like big kid, so he wants this adorable Coach dinosaur sweater."

"I don't watch The Walking Dead, but my boyfriend is completely obsessed with the show. For reasons unknown to me, he recently bought the first Walking Dead comic book (apparently it follows the same plot line as the show) and finished it in less than a week. He wants books two and three to complete his set. I don't personally get it, but hey, whatever makes him happy."

Price at time of publish: $60 for each

"My husband and I are currently both obsessed with white button-down shirts. His choice pick is this one by Saturdays NYC, which he says is 'well-made and fits great.'"

"My boyfriend wants this Timberland jacket. He says it's incredibly warm and cozy, waterproof, and stylish."

"My boyfriend already has a pair of Wolverine boots in brown, but he loves them so much that he's asking for a pair in black too. They resemble traditional leather work boots from the early 1900s, and they're durable, long-lasting, and super comfortable, which is key since he's on his feet all day. And the look is classic to boot—no pun intended!"

"My husband has been into the brand American Giant for a while and now wears their T-shirts almost exclusively. This year, he asked for a few refreshed of their version of the basic black tee: the Premium Crew in Black Onyx. He calls it 'T-shirt perfection.'"

"My husband's closet is basically a rainbow of half-zip pullover sweaters—he wears them to work, on the weekends, and while traveling. Our friends probably think he's wearing the same sweater over and over, but the reality is that he has roughly 92349823 of them. He restocks every holiday season, so I'll be getting him a few new colors from Johnnie-O."

"The Philly native he is, my boyfriend is an adamant fan of the Sixers. This can be pretty hard on him—I've compared the team to the basketball equivalent of Hogwarts' Defense Against the Dark Arts teaching position, as there have been so many trades, injuries, losses, and players who are quite possibly Lord Voldemort in disguise. Even still, he persists, and Joel Embiid is his main man. This shirt will no doubt go into heavy rotation every time a game is on."

"My boyfriend thinks that guys look ridiculous in winter boots, so he's made it abundantly clear that he wants Nike's Lunar Force 1 duckboots, a winter-proof version of the brand's classic Air Force One sneaker, complete with a rubber outsole to prevent slipping." 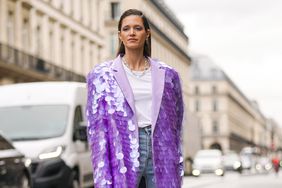 How to Wear Sequins and Shine Without Feeling So Extra 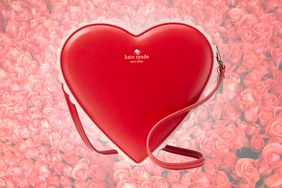 What InStyle Editors Are Asking For This Valentine's Day 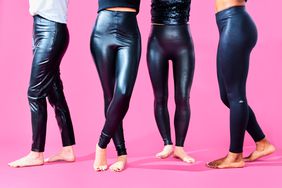