Year after year, parents strive to make the holidays special for their children, create unique and memorable moments, and see their children’s faces glow with excitement as they unwrap their holiday gifts. Well now's the time to give back to your loving parental figures, and thank them for being such rock stars all these years. But how do you show all your gratitude and make the most important people in your life feel special, when they literally are rock stars — and they seemingly have everything they could ever want? We hit up some famous offspring to see how they will be answering that question this year. Read on for their ideas, below.

“Since it’s the first holiday season [for our rosé brand], I’m planning to get my dad a bottle of Hampton Water for us to enjoy together and toast to an amazing first year. I’m also eyeing two books I know he’ll love Grit: The Power of Passion and Perseverance by Angela Duckworthand Tools of Titans by Tim Ferriss. For my mom, a nice pair of Naked Cashmere socks, and a pretty bouquet of flowers [Winston Flowers, pictured],” says entrepreneur and former Notre Dame athlete, Jesse Bongiovi, son of rock royalty, Jon Bon Jovi who has been rocking the universe with his exhilarating music, iconic hairstyles, and humble persona for over three decades. Jon Bon Jovi’s recent album may be titled, This House Is Not for Sale but luckily all of the gifts listed above are.

Kailand Morris, fashion model who has walked the runway for Dolce & Gabbana in Milan, and is reportedly dating dancer and actress Maddie Ziegler, plans on buying his world-renowned musician, singer, and record-producer dad an Amazon Echo and Saje Aroma Om Deluxe Stone Diffuser. As for his mom, fashion designer Kai Millard Morris (former first lady Michelle Obama wore Kai’s design in 2009), Kailand would like to surprise her with a Breville 800JEXL Juice Fountain Elite 1000-Watt Juice Extractor. These gentlemen have the right idea when it comes to making their parents feel special for the holidays. If you're in L.A. and still need ideas, try grabbing your folks tickets to the Stevie Wonder: House of Toys Benefit Concert which will take place at the Staples Center on December 9. 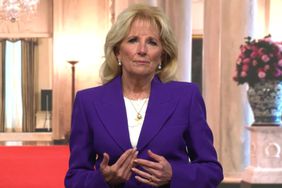 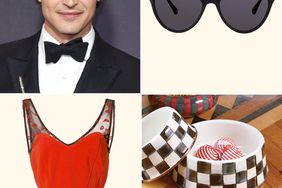 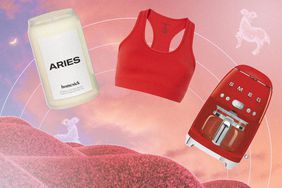