"Boy did my teenage self love you deeply."

Hilary Duff is mourning the loss of her teenage boyfriend Aaron Carter. On Saturday, the actress shared a heartfelt tribute to her ex on Instagram — just hours after news broke of his unexpected death.

“For Aaron — I’m deeply sorry that life was so hard for you and that you had to struggle in-front of the whole world,” Duff wrote. “You had a charm that was absolutely effervescent … boy did my teenage self love you deeply. Sending love to your family at this time. Rest easy ♥️.”

Duff and Carter first began dating in 2000 when they were both just 13 years old. They were on and off for three years, before officially breaking up after it was rumored that Carter cheated on her with Lindsay Lohan in 2003. "I started dating Hilary on my 13th birthday," Aaron previously said during an appearance on The Big Idea With Donny Deutsch. "I was dating her for like a year and a half and then I just got a little bored, so I went and started getting to know Lindsay, dating Lindsay."

Over the years, Carter revealed that he regretted the way he treated Duff and continued to refer to the Lizzie McGuire star as the "love of my life." Hilary moved on with Joel Madden in 2004, and later married former NHL player Mike Comrie and the couple welcomed a son, Luca. She then tied the knot with musician Matthew Kona in 2019, and the pair share two daughters together, Banks and Mae.

Carter also started a family of his own with his ex- fiancée Melanie Martin, and last year, the former couple welcomed a baby boy named Prince Lyric Carter. 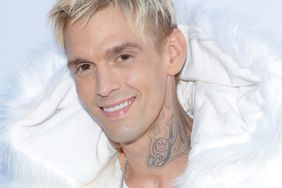