For many people, popping a fruit-flavored cannabis gummy to relieve perimenopause and menopause-related symptoms like mood swings, insomnia, and hot flashes, has long been part of their wellness routine. But now, thanks to a recent Harvard-led study in the journal Menopause, this self-treatment is finally gaining recognition from the medical community.

The study, which examined the use of cannabis in 131 women in perimenopause and 127 women who had passed through menopause concluded that "Nearly 79% endorsed it to alleviate menopause-related symptoms. Of those, 67% said cannabis helps with sleep disturbance, while 46% reported it helps improve mood and anxiety." Although only 258 women participated, it is noted in the study that the results are a good indication that further research is warranted and suggests “promising targets for clinical trials of cannabinoid-based therapies.” This is welcome news for those who are suffering from debilitating menopausal symptoms and have considered cannabis, especially since studies on cannabis use for menopause has been limited.

Menopause symptoms can certainly make daily life miserable. “Menopause did a real number on my mood and my ability to handle stress,” admits Kristin C., 53, from Watertown, MA, adding that while she used to be a solid sleeper, menopause left her sleepless, exhausted, and unable to function during the day. “Sometimes night sweats and restless legs would be part of why I couldn't sleep, but mostly it was just my brain not slowing down,” she says.

I was very much a goody two-shoes and never even tried weed until I was in grad school.

Because Kristin never really enjoyed smoking weed in her younger days, turning to cannabis wasn’t as easy as picking up an old college habit. “I was very much a goody two-shoes and never even tried weed until I was in grad school,” she explains. “I started with low-dose CBD gummies. They helped some, but they would only get me to sleep, not keep me asleep.”

Visiting a local dispensary and talking to the staff about her symptoms helped Kristin take the plunge to THC products, and she ultimately decided on gummies. “I like that they work slowly and you can control the dosing easily,” she says. Now her low-dose, mixed THC and CBD gummies help her get to sleep and stay asleep, making for a far more manageable day with the stressors of work and family.

For Jordan Rosenfeld, 48, of San Jose, California, cannabis also helped with sleep issues she was having as a result of perimenopause, as well as for hot flashes and period pain. After speaking to a friend who worked in the cannabis industry she realized that cannabis had changed from her few not-great experiences as a teenager. Although studies have shown that the potency of cannabis has increased over the last few decades, legalization has created more control and transparency into what is being ingested. Dispensaries offer customers the comfort of knowing exactly where, how, and when the product was grown.

Using an alternative treatment like cannabis isn’t something recommended by most doctors, so why are so many turning to a substance that used to be the star of anti-drug commercials? Lauren F. Streicher, M.D., professor of obstetrics and gynecology at Northwestern University Medical School, says it's no mystery why — hesitation about Hormonal Replacement Therapy (HRT), the traditional first line of treatment for menopause.

Every medical expert in the country knows that estrogen therapy decreases breast cancer, yet we have the message out there that estrogen is dangerous and cannabis is safe.

“They're out there thinking that estrogen is dangerous,” she explains of women’s hesitancy. That’s thanks in large part to a since-rebuked 20-year-old study that claimed HRT— medication that replaces the estrogen your body loses during menopause – causes an increased risk of breast cancer. Since then, we have more up-to-date research that shows the increase in breast cancer risk was due to a specific kind of progesterone and not the estrogen-only therapy, Dr. Streicher explains. “Every medical expert in the country knows that estrogen therapy decreases breast cancer, yet we have the message out there that estrogen is dangerous and cannabis is safe.”

Despite the few studies on cannabis use for menopause symptoms and the ensuing media attention, Dr. Streicher’s first line of defense for treating menopausal symptoms like hot flushes, brain fog, joint pains, mood swings, and vaginal dryness, is with HRT. To be clear, Dr. Streicher isn’t against the use of cannabis, but says the studies that have been done, including the recent Harvard study, are insufficient. Not only do some of them use rodents instead of humans, but also the “many variables — the route of consumption and exactly what someone is consuming,” need to be considered, and she adds, that the length of time necessary to adequately research outcomes — generally 16 months — with all of these variables “would be very, very expensive.” An added challenge, noted in the recent Harvard-led study: “federal regulations currently prohibit the direct administration of commercially-available medical cannabis products in clinical research studies.”

While Dr. Streicher says we don’t yet have sufficient data on cannabis for menopausal symptoms, she acknowledges that we do have the science of cannabis which indicates that there may be benefits for patients. “[Cannabis] is certainly worth consideration,” she says (and she’s even continuing to look for participants for a survey about cannabis that she first used for her book Hot Flash Hell: A Gynecologist’s Guide to Turning Down the Heat).

Still, not everyone wants to go down the HRT path. Usually taken as a daily pill or a patch, HRT is used for the duration of menopause, typically two to five years — a commitment that concerned Rosenfeld. “I'd rather use something that I can stop or start as needed,” she says.

Some women, like Kristin C., find the combination of cannabis and HRT most helpful. “I had some other very physical issues that were only going to be helped by HRT... I did a lot of homework on it, so I had no hesitation on going that route,” she says.

Besides the commitment of daily doses and multi-year use, most need health insurance to cover the cost of HRT. According to the United States Census Bureau, in 2021, 27.2 million people did not have health insurance at any point during the year. And even if someone has insurance, it’s not a given that all or part of the cost of the therapy will be covered. With 23 states legalizing recreational marijuana, dispensaries are a fast-growing business, making it much easier to walk into a store, describe your symptoms, and walk out with what you need.

While cannabis use is becoming more accepted, it’s important for people to leave any shame over their stash at the door. Dr. Streicher hopes there can be more transparency between doctors and patients. The premise of her recent lecture at the North American Menopause Society wasn’t to urge doctors to recommend cannabis to their patients but to, at the very least, acknowledge it.

“[Doctors] need to ask about it, and advise them so they don't get into trouble.” For example, Dr. Streicher explains that postmenopausal people metabolize cannabis differently than younger people, and usage can impact other medical conditions. There needs to be guidelines given and caution taken when consuming cannabis. Right now, not only are doctors not asking about cannabis use, but patients are hesitant to reveal that they are using. “I routinely assess my patients using cannabis, and many will say ‘don't put it in the chart,’” she says.

Indeed, it was strange for Kristin C. to tell her doctor about using cannabis, “but it's legal and I really need to get over my old goody two-shoes worries.” Rosenfeld on the other hand hasn’t talked to her doctor about trying cannabis, but only because it hasn’t come up. “She tends to be low intervention as it is,” Rosenfeld says of her doctor. “But I would tell her if asked or if I thought she needed to know.” (Which, by the way, is a good idea so they can advise you on if and how it impacts other possible medical conditions.)

While cannabis helped Jordan find relief from her perimenopausal-induced sleep issues, hot flashes, and period pain, she’s hopeful that as a result of the Harvard study more treatment options are on the horizon for those suffering from the onslaught of symptoms. “Maybe [the medical community] will actually start to study perimenopausal/menopausal women for a change,” she muses.

Despite Dr. Streicher’s desire for people to understand that there are FDA-approved options that are safe and effective, she understands that cannabis is quickly becoming a popular way to find relief from menopausal symptoms. Long gone are the days of cannabis shame and secrecy, and many women are taking advantage of the abundance of supply and knowledge found at local dispensaries. While it remains a personal choice, and a great option for some, it’s still important to keep your doctor informed that your gummy or chocolate dessert may be doing more than satisfying your sweet tooth. 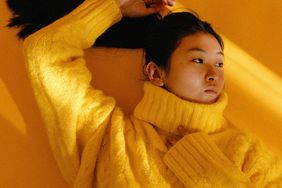 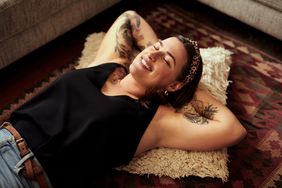 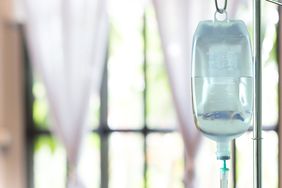