Lead hairstylist Lizeth Correa explains what it took to do justice by the Tejano superstar.

In the days leading up to the Dec. 4 release of Netflix’s highly anticipated Selena: The Series, the internet grew flooded with thinkpiece after thinkpiece debating the necessity of retelling Selena Quintanilla-Pérez’s story, 23 years after Jennifer Lopez first portrayed her on screen and 25 after her tragic death. Even Christian Serratos, who plays her in the new show, told InStyle: “Nobody needs a resurgence of Selena.”

But when crew members like lead hairstylist Lizeth Correa signed on to the series, the question wasn’t whether Selena should be made — its production was confirmed, high stakes and critique aside. Instead, Correa entered her role with another focus: She would do everything in her power to honor the late Tejano singer, recreating even her lesser-known looks with painstaking accuracy.

“We did research for a year, using her album covers and videos of shows as references,” she tells Instyle in an email. “There’s an excess of information on YouTube and Google, a lot of which has incorrect dates, so we brought together multiple images to come to a consensus on what her look would be for each year and moment of her career. Selena’s family even sent us some real archival photos.”

Christian Serratos Doesn't Want to Fuck This Up

Correa knew viewers would inevitably compare Serratos’s Selena to Jennifer Lopez’s depiction, but competing with another fictionalized portrayal was the last thing on her mind when crafting hairstyles for the first season of the series. She puts it succinctly: “We only looked at the real Selena.”

Representing the real Selena came with its own set of challenges, namely, the frequency with which she changed her hair in her early career. Even devout fans might not know that voluminous curls and pompadours were once the singer’s styles of choice. In Correa’s eyes, those looks were key to showcasing the evolution of Selena’s career and personality.

“Selena’s look changed very quickly — in a year we could see various hairstyles and colors — so looking at what happened in her life and career was how we were able to achieve her looks in distinct moments,” she says.

Enter the vast array of wigs worn by Serratos in the show: “In the ’80s, Selena wore her hair curly all the time, and in the series we used wigs that were curled with curling irons using distinct methods," she shares. "We took care of those wigs with strong conditioners and did a restyle every day with heat protectants and products to revive the curls. That gave the wigs a shiny finish for when we were filming a performance, and for regular days we only used products to give them a natural texture.”

There was concern over whether a Selena without bangs and red lipstick would be identifiable for viewers, even if she was portrayed accurately. Yet for Correa, nothing mattered more than showcasing her as she really was within the timeframe of Selena’s first season. “Many fans don’t know the Selena of the ’80s, which was when she began. It might be strange for them to see her in different looks, and they might not even believe that she ever had hair like that. However, they can look online at the Selena y Los Dinos shows year by year, and at all of those shows she’s wearing her hair the way we recreated it to look,” she says.

For the latter half of season one, Correa used a few tricks of the trade to transform Serratos into the Selena the world knows best. “When she switched to her iconic bangs in the ’90s, it was really important to create volume at the roots and apply products to prepare the hair, giving it texture and body before using a pick,” she explains. “That created the feeling of natural hair that didn’t look like we’d styled it with a curler; it just looked like that was her hair. We used hairsprays with a natural level of hold to add body without leaving the hair crunchy. For the bangs, it was important to use a curler and a really strong hairspray.”

As difficult as it was to emulate, Correa says recreating Selena’s most ubiquitous style was a pleasure: “I would love for that hairstyle, which is so iconic and so many people wore, to make a modern comeback in her honor.”

VIDEO: How to Trim Your Own Bangs Without Screwing Them Up

Selena does not market itself as a work of fact. As Suzette Quintanilla, executive producer and sister to the Queen of Cumbia, told The New York Times, “This is not a documentary. It’s sprinkled with a little bit of glitter.” Regardless, Correa knows that details like hair can make or break any on-screen story, no matter how embellished: “At first, recreating Selena was super challenging, especially deciding what look would make her believable for viewers, so they’d adopt her, love her, and familiarize themselves with her in that look,” she said. “I wanted them to feel the songs and everything Selena was experiencing at that moment.”

In episode four, Abraham Quintanilla warns his daughter, who has just dyed her hair red, to stop changing her look so often, joking that fans never know who they’ll see at her shows. And just like that, Correa’s work takes on a new importance. Turning to the camera, Selena flashes a smile and declares: “Whoever they see, that’s who I am.” 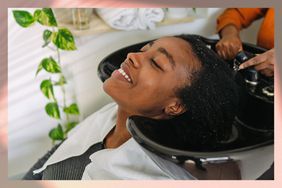 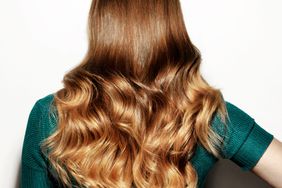 Is Your Hair Actually Thick, or Just Really Dense?