Sandra Bullock is getting candid about a super stressful time in her life and how she's healing from that trauma. On an episode of Red Table Talk with Willow Smith, Jada Pinkett Smith, and Jada's mother, Adrienne Banfield-Norris, Bullock revealed that her house was once broken into, which caused her to develop PTSD.

"My house was broken into while I was in it," the actress told the three hosts. "I'm in the closet going, 'This doesn't end well.' I'm in the closet, [which is] not gonna help."

She recalled how her son, whom she adopted in 2010, was luckily not home that night. "It was the one night that Louis wasn't with me," she said. "It was the one night that our nanny goes, 'Let me just take him to my apartment which is up the street because you're going to be out late.' Had he been home, I would've run to the closet, which is now my official closet but that was his bedroom, and it would have changed our destiny forever."

She continued, "So why was he not home on that one night? And the violation of that. I wasn't the same after that. I was unraveling." She also shared that when the SWAT team got involved in the break-in, the perpetrator killed himself inside her house.

Bullock told the grandmother-mother-daughter trio that the terrifying home invasion — along with a poisonous spider bite and her son having a seizure, all around the same time — triggered a bout of PTSD and stress that caused her to begin losing her hair.

"I was looking at my body, and I said it's going to break," she remembered. "It was not responding well to what was happening. My hair starts falling out. I have alopecia spots everywhere. I'm by the tub, laying out hair [counting] 'one, two …'"

She added, "I literally had to take inventory: 'If I don't pull it together, I'm gonna die. Something is going to happen to my body that I can't control,' and I can control almost everything."

She shared that she visited a therapist and received PTSD treatment called EMDR (Eye Movement Desensitization + Reprocessing Therapy) to heal from these traumatic events. "They use it for trauma and PTSD, I had the paddles. It is literally the therapist going, 'Start where you first find yourself in the house.' And I was like 'Well I was in the closet, and I heard him banging on the door.' And then he's like 'Hold that feeling,' and then he started vibrating the paddles."

She continued, "By the time he took me through, it was about two hours worth, I realized I'd gone on this entire journey, and it was inside my house, but all of a sudden it went to unsafe relationships, unsafe childhood moments, unsafe things. And when I got out of it, I realized, I've surrounded myself often with unsafe people and situations and put myself there. I have no one else to blame but myself because that was the most familiar feeling I had."

If you're in crisis, call the hotline or contact the Crisis Text Line by texting TALK to 741741, call 911, or go to your nearest hospital. 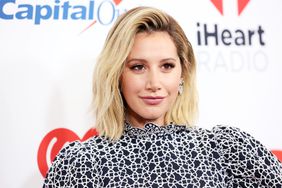 Ashley Tisdale Revealed That She Has Alopecia 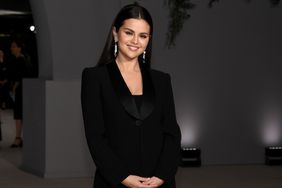 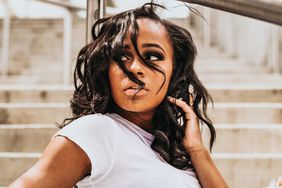