We all have our reasons for making a drastic hair change. Sometimes it’s what one would call a "breakover," and it happens when you’ve called it quits on a relationship. Or maybe you’ve just always wanted to live the "short hair, don't care" life, and you’ve never worked up enough courage to actually call the salon. Regardless of why you made the switch-up, one thing is for sure—the change can be incredibly liberating.

That’s the idea behind Herbal Essences' new documentary film—change can be really freaking scary, but it can also help you grow and make other changes you’ve always wanted, or needed, to make.

The film features real women sharing their own stories of a moment that seriously impacted their life, and how the hair update they made quickly after it left them feeling positive, true to themselves, and alive. Seriously—try to watch it without tearing up. After ending a relationship, one woman cut her hair into a cropped bob, while another woman, who had long wore her strands straight and platinum, returned to her roots and let her career as a jazz musician inspire her new look. You can watch the entire video above, but maybe grab some tissues. It makes you feel all the feels.

In coordination with the video, the brand also released statistics of a survey of woman ages 18 to 35, who were asked about the impact of change. Eighty-seven percent of American women who took the survey said they made a significant change to their appearance after a life event. What’s more, a third of the women who took the survey said it would be hard to change their lifestyle without also changing their hair.

So if something is giving you the urge to finally try that Bella Hadid-inspired bob, or shave your head like Kristen Stewart, going with your gut might not be that bad of an idea. 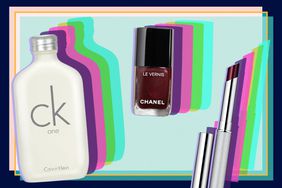