The bob movement is showing no signs of slowing down, and Brooklyn Decker's major chop is proof! We admit, we almost didn't recognize the star as we were scrolling through our Instagram feed and spotted her newly-cut strands, but no surprise here, the chin-length crop is just as flattering as her trademark supermodel layers. Decker rarely changes up her hairstyle, but when she does, she goes all out---she first tried out a bob back in 2011, and after a brief stint with bangs, the model worked a brunette hue from October of 2012 into the following year. Her latest 'do is the first big hair change she has made in two years, but like all good things, we think this style was well worth the wait.

Benson gave her hair a pretty little makeover. After switching up her light brown strands for a sunny blonde hue, the Pretty Little Liars star looks more like her onscreen alter ego, Hanna Marin, IRL than ever before.

Just before the holidays, Milano revisited her Charmed-era pixie crop.

We almost didn't recognize Lauren Conrad without her signature blonde tone, but her new rich auburn shade suits her just as well.

Spears transformed her bob into long layers with the use of well placed extensions.

Collins grew her short crop out for the better part of the year, and eventually added extensions just before the holidays.

Gomez has been candid about her use of extensions in the past, but in December, she took them out to reveal a long bob that hit just below her collarbone.

The star—a.k.a. Maggie from The Walking Dead—chopped her hair into a short pixie cut in December.

For a performance on Britain's The X Factor, the songstress debuted a piecey new bob that featured flattering, face-framing layers.

Watson returned to short strands by cutting her long brunette tresses into an edgy bob.

The supermodel celebrated her birthday in December with a set of rose-tinted highlights.

While on vacation in December, Tatum blessed us with a gorgeous selfie, and we couldn't help but notice the golden tint his strands had taken on.

At the end of November, the Victoria's Secret model chopped her mile-long layers into a collarbone-skimming lob.

The supermodel gave her signature bangs a major update with a shaggy new cut for the 2015 British Fashion Awards.

For his first dye job ever, the middle Jonas brother got an electric blue streak in his hair.

In November, the star cut her ombre waves into a graphic long bob.

Roberts may have stolen our hearts as the ultimate mean girl on the hilariously addictive Scream Queens, but now that the first season has wrapped up, she's letting her edgier side shine through with a completely unexpected haircut.

The former Miss Universe, USA winner decided to trade in her her textured lob for a chin-grazing edgy bob.

The "Royals" singer kicked off November by cutting her lengthy curls into a shorter style that hit just below the collarbone.

In late October, Kendall took to Instagram to show off her pastel pink 'do, which featured dark roots and shorter layers.

The Dancing With The Stars winner sported a strawberry blonde hue to promote her latest role as Roxie Hart in the Broadway Musical Chicago.

In October, the singer revealed platinum blonde hair on the cover of her upcoming single "Focus."

The singer recently debuted her long dark strands that have replaced her signature blonde pixie.

The 17-year-old daughter of the late Michael Jackson recently swapped her dirty blonde strands for a bright red hue with dark black roots.

The actress debuted platinum blonde hair, pulled back into a side-parted updo, on the Atlanta set of her new movie, Passengers.

Just a week after shaving his beard, Leonardo DiCaprio kicked off the fall season by chopping the long layers that once formed his man bun into a much shorter style.

No stranger to spontaneous hair changes, Jenner tried out a mint green shade during Fashion Week in September.

At TIFF in September, Sandra Bullock debuted a set of wispy, brow-skimming bangs.

The Grammy winner, who dyed her tips black back in July, added a bright purple layer to her choppy strands creating a bold striped effect.

The actress recently traded in her blonde locks to become a fiery redhead for fall.

In advance of New York Fashion Week in September, Victoria Beckham added a set of wispy bangs to her layers.

On her birthday—better known as #BeyDay—Beyonce blessed us by revealing her new side-swept bangs, which hit just below the brow.

The actress kicked off September by switching her short curls for lengthy braids.

The actress has dyed her blonde strands red in honor of her ongoing role of Claire Redfield in the final Resident Evil film.

After months of wearing wigs and avoiding dye jobs in order to nurse her hair back to health, Jenner took the plunge and went from brunette to "ashy dirty blonde."

Always one to play with the latest hair color trends, Rita Ora gave her pale platinum layers a pink and purple ombre effect.

The "Trouble" singer took her pixie to the next level, and went even shorter with a bold statement making cut.

Since leaving One Direction a few months ago, Zayn has been especially experimental with his hair color, veering from platinum blonde to neon green. After returning to his roots for a hot minute, the star debuted a steely grey look in August.

The actress dyed her golden-butter locks a platinum blonde for her upcoming movie role.

After letting her lob grow out for over a year, Holmes was spotted with a shoulder-length crop with wavy texture.

The singer dyed the tips of her jet-black hair to a golden brown, making her the newest member of the "bronde squad."

The star went from pale platinum to a bold auburn for her role in the upcoming film The Free World.

True to form, Kim Kardashian documented every step of her trim in selfie form.

We're not sure if it's the real deal or not, but we're loving Cara Delevigne's petal pink tone either way.

At the end of July, Georgia May Jagger gave her blonde strands a Rainbow Brite finish.

Justin Bieber channeled his inner Backstreet Boy at the end of July with a center-parted 'do that mirrored Nick Carter's '90s-era coiff.

A few weeks after going for a daring ombre effect, Taraji P. Henson debuted a beautiful blonde hue—while serving some serious Beyoncè vibes, at that.

In mid-July, the Maroon 5 frontman took to Instagram to debut a shaved head.

Her pink and blue hues had a good run, but in mid-July, Kelly Ripa lightened up to a pastel opal tone.

Collins added extensions to her short pixie in July.

Willis chopped her lengthy layers into a short pixie cut in July.

Just in time for Comic-Con in July, Ginnifer Goodwin took her pixie cut to a trendy silver tone, which gave off some serious superhero vibes.

James attended San Diego Comic-Con in July with a new, chin-length crop, which she also gave a deep brunette tint.

Just before an event for her hair extension line, Kylie Jenner revisited her blue strands, this time with an all-over pastel tone paired with dark roots.

Ripa kicked off July by taking her hot pink hair to a vivid blue tone.

Ending her rainbow streak—at least for now—Nicole Richie took her pink pixie to a light blonde shade in July.

Henson ended June by debuting a bold purple ombre style, which featured a flawless graduation in color from rich violet to a grey-toned lavender.

A far cry from the brunette she sports as Pennsatucky on Orange Is the New Black, Taryn Manning took her ombre lob to a platinum hue and shorter length at the end of June.

Never one to shy away from a dramatic hair change before a big event, Zendaya debuted a pixie on the BET Awards red carpet at the end of June.

Zayn has been especially adventurous with his hair ever since leaving One Direction, and not long after trying out a green tint, he went for an icy white hue.

Kelly Ripa started thinking pink in June, when she revealed a vivid, My Little Pony-esque hue on Instagram.

At the end of May, the actress swapped her trademark auburn hue for a blonde tone for her role in an upcoming project.

The queen of cool joined the bob trend at the end of May to reprise her role as Christina in the upcoming Divergent sequel, Allegiant.

Just before the Met Gala in May, Jennifer Lawrence added extensions to her chin-length bob.

Selena Gomez kicked off May with a brand new lob.

At his first red carpet since leaving One Direction, Malik attended the 2015 Asian Awards in London with a brand new buzz cut.

Can't stop, won't stop! A week after trading her extensions for a long bob, Sarah Hyland went even shorter.

We've seen some dramatic hair makeovers on America's Next Top Model, but the pixie Tyra Banks revealed off-screen in March just might top the list of our most-memorable changes!

Idina Menzel took a step closer to embodying her Frozen character, Elsa, with a dramatic blonde makeover in March.

Here's one unexpected way to rework the pastel trend for spring! In mid-March, Hilary Duff swapped her trademark blonde hue for a pale turquoise color on a grey base.

"It's lob time!" Hyland said about the new 'do she debuted in March after having her extensions taken out.

Zellweger revealed a new set of bangs in March, which hit just below the brow.

In March, Hudgens chopped her long layers into a chin-length bob.

In March, the star kicked off Paris Fashion Week by debuting a platinum blonde bob.

Mere moments after Kim Kardashian debuted a platinum bob at Balmain's Paris Fashion Week show, Jared Leto rolled up to the same event in a very similar 'do.

In a dramatic change from her trademark Baywatch layers, the actress cut her hair into a chin-length bob with side-swept bangs in March.

So long man bun! The actor chopped off his signature silky locks and shaved his beard for his role as the Joker in the upcoming Suicide Squad.

In late February, the star took her chin-length bob to a choppy pixie, which featured long, sweeping bangs.

At the Oscars in late February, Robbie debuted a shoulder-skimming lob.

Perry walked the Grammys red carpet in February in a pastel purple tone.

The actress kicked off February by jumping onto the lob trend.

The model cut her mile-long layers into a bob in late January.

Lopez added a set of fringe-like layers in January, which styled into a center part.

The latest color in Nicole Richie's ROYGBIV lineup? Turquoise! In mid-January, the star was spotted on the set of a photo shoot with an aquamarine bob, which she paired with blunt bangs.

A few days before the Golden Globes in January, Lena Dunham went back to her brunette roots.

McAdams cut her collarbone-skimming style into a short bob, complemented by ombre highlights. 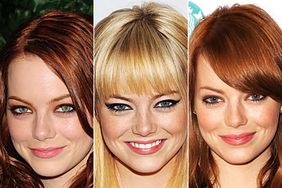 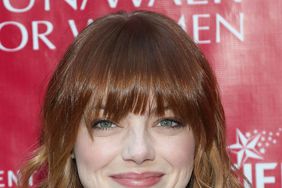 Grow It Out: Keep Your Haircut Flattering at Every Stage